Blast kills 10 in Nigeria as police foil attack on mosque 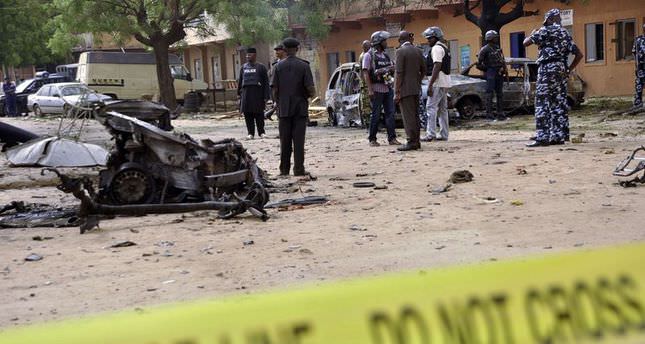 by Jun 28, 2014 12:00 am
The cause of the late Friday blast was not immediately clear, but Boko Haram militants have attacked Bauchi repeatedly during their five-year uprising aimed at creating a state in the north.

Bauchi state police spokesman Mohammed Haruna said the targeted building in the Bayan Gari neighbourhood on the outskirts of the city was widely known as a brothel.

"Ten people were confirmed dead, while 14 others sustained various degrees of injury," Haruna said, adding that the explosion went off at roughly 10:00 pm (2100 GMT). "The entire area has been cordoned off and (the) scene secured," Haruna said. Bomb attacks on targets which Boko Haram has branded sinful - including bars, churches and schools teaching a Western curriculum - have formed a major part of the insurgency.

Nigeria has estimated that more than 10,000 people have been killed since the conflict began in 2009. The violence has escalated in recent months, with more than 2,000 deaths recorded since the start of the year.

The capital Abuja has been hit with three separate bomb attacks since mid-April, most recently on Wednesday when 24 people were killed in a blast at a popular shopping plaza in the heart of the city.

Police had initially given a death toll of 21 for the attack, but the health ministry revised those figures upwards on Saturday.

In Kano, the largest city in the mainly Muslim north, a bomb planted in the parking lot of a public health college killed eight people on Monday.

Insurgents have received unprecedented international attention in recent weeks following their April 14 abduction of more than 200 teenage girls from the town of Chibok in the northeast.