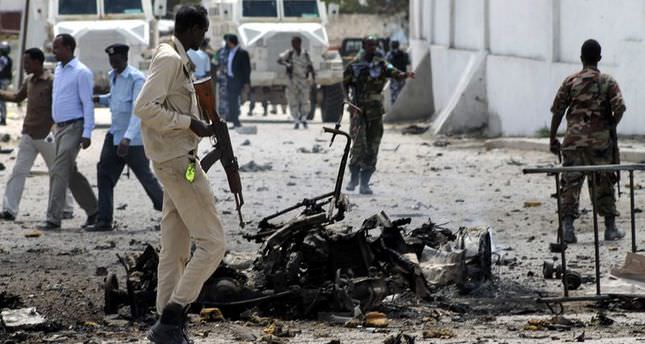 by AA Jul 05, 2014 12:00 am
Four people were killed in a car-bomb explosion near the Somali parliament headquarters in central Mogadishu on Saturday.

A bomber rammed his explosives-laden vehicle into the gate of the parliament building, leaving four people dead, a government source said.
Three people, including a Somali policeman, were injured in the attack, the source said.

There was no claim of responsibility for Saturday's attack.

Somalia, a long-troubled Horn of Africa country, has remained in the grip of political violence since the outbreak of civil war in 1991.

The battered country had appeared to inch closer to stability with the recent installation of a new government and the intervention of Kenya-led African Union troops tasked with combatting Al-Shabaab.
Last Update: Jul 05, 2014 2:13 pm
RELATED TOPICS