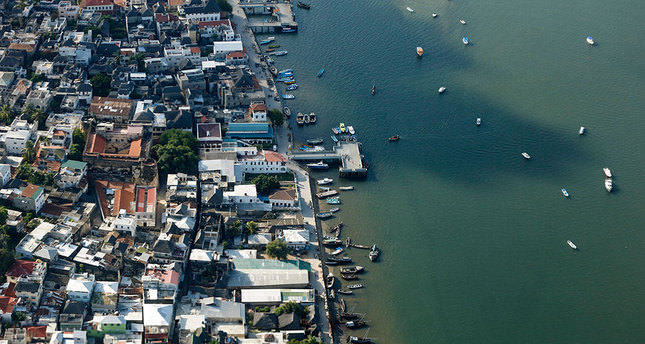 The shootings took place in Hindi - 15 kilometres from the tourist island of Lamu, in Lamu County - and in Gamba, in neighbouring Tana River County.

The fatalities included a man with burns over half of his body and his son, who died from bleeding after being shot in the elbow, a Kenya Red Cross representative said.

"It is high tension. People seem to be moving away from their farms. I don't think they'll be able to stay tonight," the Red Cross representative, who did not want to be named, told DPA.

In Gamba, the raiders targeted a police station, where they exchanged heavy gunfire with police. The Red Cross representative said nine people were killed.

Daily Nation newspaper quoted Deputy County Commissioner Mike Kimoko as saying the attackers killed the policeman on duty, before pulling out five people who were held in cells and shooting them to death.

They released a suspected ringleader of similar attacks in Mpeketoni near Hindi, which killed more than 60 people in June, according to the Daily.

The attackers also pulled out three civilians bordering a lorry which had just arrived at the police station and killed them before disappearing into the bush, Daily Nation reported.

The attack on Hindi came just as Vice President William Ruto was touring the region. He was due to visit Mpeketoni on Sunday to attend a prayer meeting.

The attacks in Mpeketoni were claimed by the Somali terrorist group al-Shabaab, but President Uhuru Kenyatta blamed them on his political opponents.

Al-Shabaab has targeted Kenya since it sent troops to Somalia in 2011 to help the government battle the insurgents.

Smaller attacks have killed dozens since Westgate in a Somali neighborhood in Nairobi, around the main coastal city of Mombasa and in the north-east near the Somali border.