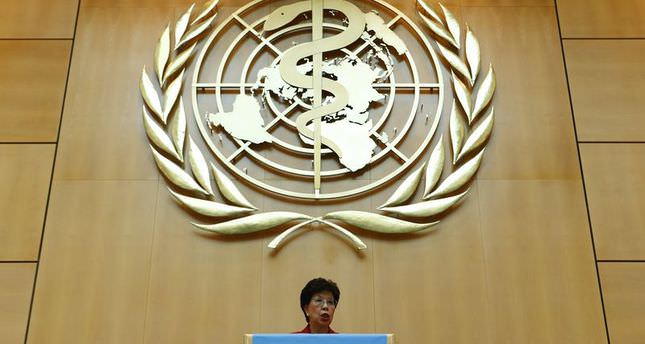 by Aug 01, 2014 12:00 am
The leader of Guinea's Ebola task force said on Friday that moves by neighbouring Liberia and Sierra Leone to contain the disease that has killed 729 people this year - its deadliest outbreak - may have the opposite effect.

Liberia has put in place measures including closing all schools and some government departments as well as possibly quarantining affected communities. Sierra Leone declared a state of emergency and called in troops to isolate Ebola victims.

"Currently, some measures taken by our neighbours could make the fight against Ebola even harder," Aboubacar Sidiki Diakit told Reuters before a meeting of heads of state from the three West African nations to coordinate a regional response.

"When children are not supervised, they can go anywhere and make the problem worse. It is part of what we will be talking about," he said.

The World Health Organization (WHO) reported 57 new Ebola deaths on Thursday in the four days to July 27 in Guinea, Liberia, Sierra Leone and Nigeria and said the number of cases had topped 1,300.

WHO director general Margaret Chan will also attend the meeting in Guinea's capital Conakry on Friday.

The outbreak of the virus, for which there is no known cure, began in the forests of eastern Guinea in February, but Sierra Leone now has the highest number of cases.

The haemorrhagic virus can kill up to 90 percent of those infected, though the fatality rate in this epidemic is about 60 percent. In the final stages, its symptoms include external bleeding, internal bleeding, vomiting and diarrhoea - at which point Ebola becomes highly contagious.

The jump in the number of cases and the death toll has raised international concern and placed under-resourced health facilities in the region under strain.

WHO said on Thursday it would launch a $100 million response plan. The United States said it was providing material and technical support to the three countries and further assistance will be discussed at a summit meeting in Washington next week.

The head of the U.S. Centers for Disease Control and Prevention has also announced plans to send an extra 50 health experts to help efforts to control the epidemic.