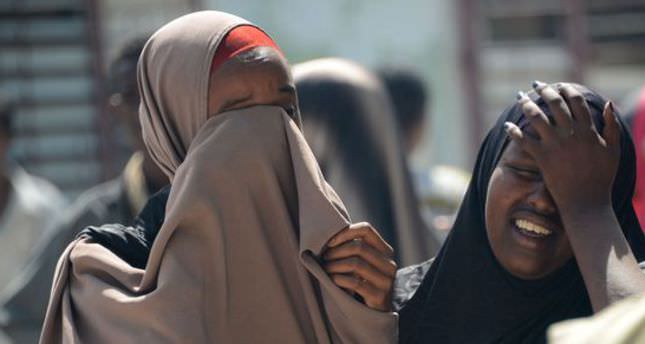 by AA Aug 03, 2014 12:00 am
A bombing on Sunday morning in Mogadishu, the capital of Somalia, killed at least three city cleaners and left others injured.

Witnesses said that cleaning women who arrived at a city square to clean were killed when explosives inside a plastic bag detonated. Three workers were reportedly killed on the scene, others were injured. Some of those injured were described as in critical condition.

A large number of ambulances and security forces are present at the site of the bombing.

No claim of responsibility has been made for the bombing as yet.

The al-Shabaab organization is suspected, given they are currently in conflict with the central government of Somalia.