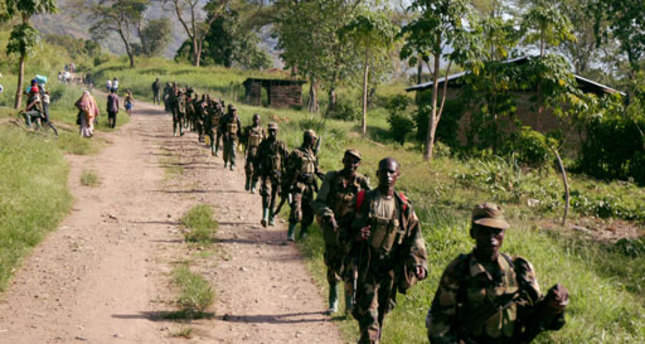 by Aug 04, 2014 12:00 am
More than 300 Congolese civilians abducted by Ugandan rebels have been rescued by soldiers and United Nations peacekeepers, officials in the Democratic Republic of Congo (DRC) said Monday.

According to reports, Uganda's Allied Democratic Forces (ADF) rebel group have kidnapped more than 500 civilians in eastern Congo this year.

Young men abducted by the rebels are often recruited as child soldiers, while women and girls are used as labourers and sex slaves.

The Congolese army and the UN peacekeeping force in the DRC, Monusco, have been collaborating to rescue abducted civilians and dismantle ADF bases since February.

More than half of those abducted since the beginning of the year have now been freed, Nason Kabuya Ndowole, the mayor of the eastern city of Goma, told dpa.

The ADF, which accuses Uganda's president Yoweri Museveni of an anti-Muslim agenda, has been operating in the border regions of the eastern DRC and western Uganda since the mid-1990s.