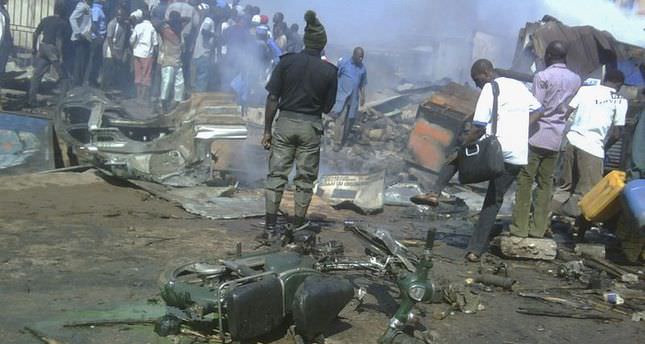 by AA Aug 12, 2014 12:00 am
Amnesty International has cautioned the Nigerian government against offering a "blanket amnesty" to members of the militant Boko Haram group.

"We are vehemently opposed to a blanket amnesty for individuals who are implicated in crimes, particularly crimes in international laws such as war crimes and crimes against humanity," Netsanet Belay, African director of the global human rights watchdog, told Anadolu Agency.

There have been calls for the Nigerian government to consider offering an amnesty to Boko Haram militants who were willing to lay down their arms, as has been done previously with militants in the country's oil-rich Niger Delta region.

Concerned about the wave of violence that has been blamed on Boko Haram, many people, especially in Nigeria's northern region, have urged the government to table an amnesty offer like that extended to the delta militants by late president Umaru Yar'Adua.

"Any measures or solution [that] the government is exploring should not at all consider such a blanket amnesty for perpetrators of such serious crimes," Belay said.

"That is the message Amnesty International has repeatedly communicated to the Nigerian government," he added.

President Goodluck Jonathan has already said he could not offer an amnesty to unidentified persons or groups.

He has vowed to bring to justice all Boko Haram members found guilty of committing violence against the public.

Nigeria's northeastern Adamawa, Borno and Yobe states have all remained under emergency rule since May of last year.

Tens of thousands of Nigerians have been killed since Boko Haram launched its violent campaign in 2009 following the extrajudicial murder of its leader, Mohammed Yusuf, while in police custody.

The group has also been blamed for the destruction of public infrastructure, private businesses and the displacement of at least six million Nigerians.

But Amnesty International is also opposed to impunity for members of Nigeria's security forces found guilty of committing crimes.

The Nigerian army said it was "deeply concerned" about the video and vowed to investigate, while insisting that the scenes in the footage violated its "operational doctrine."

But Amnesty International said the Nigerian military could not be trusted to carry out such an inquiry.

"We welcome this step [to investigate the incident], but this is not the first time the Nigerian authorities have claimed that they will investigate such atrocities," Belay told AA.

"We remain concerned that none of [the results of] these investigations have been made public," he said.

The rights watchdog has also called for an "independent and impartial investigation" in line with international standards.