US orders embassy families out of Sierra Leone amid Ebola 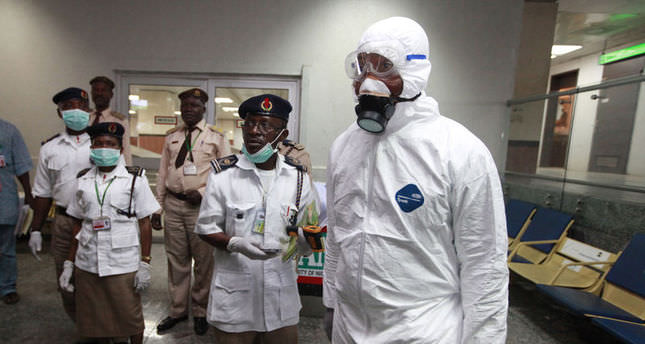 by Aug 14, 2014 12:00 am
The United States on Thursday told the families of its diplomats in Sierra Leone to leave the country to avoid exposure to the deadly Ebola epidemic.

"The embassy recommended this step out of an abundance of caution," State Department spokeswoman Marie Harf said, citing "a lack of options for routine health care services at major medical facilities due to the Ebola outbreak."

Harf said that the State Department was also "reconfiguring" its staff at the embassy in Freetown to "be more responsive" to the crisis ravaging the country.

"We remain deeply committed to supporting Sierra Leone and regional and international efforts to strengthen the capacity of the country's health care infrastructure and system -- specifically, the capacity to contain and control the transmission of the Ebola virus and deliver health care," Harf said in a statement.

On August 7, the United States ordered families of embassy staff out of Liberia, another country hit by the world's biggest ever outbreak of Ebola.

The death toll from the epidemic reached 1,069 on Wednesday, according to the World Health Organization.