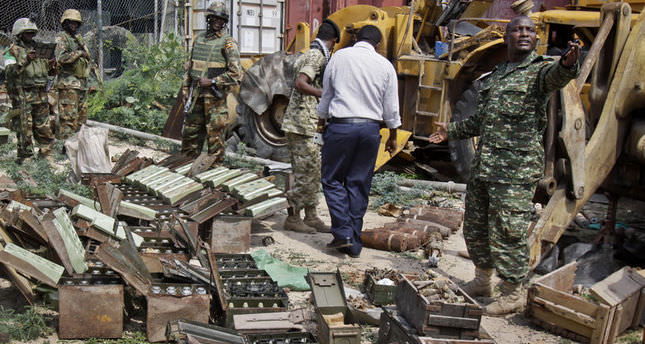 by AA Aug 15, 2014 12:00 am
Atleast ten people were reportedly killed in clashes between government forces and guards of a former Somali mayor in the capital Mogadishu early Friday, eyewitnesses said.

The violence erupted when government forces backed by African troops raided the house of Ahmed Daaci, the former mayor of Wadajir district, as part of a campaign on unlicensed arms," a witness told Anadolu Agency.

Another witness reported the bodies of two men in the scene of the clashes.

A child was also reportedly injured in the violence.

The Somali government has recently launched a campaign on unlicensed weapons in the violence-wracked Horn of Africa country.

Somalia has remained in the grip of political violence since the outbreak of civil war in 1991.

The troubled country recently appeared to inch closer to stability with the intervention of African Union troops tasked with bringing Al-Shabaab to heel.