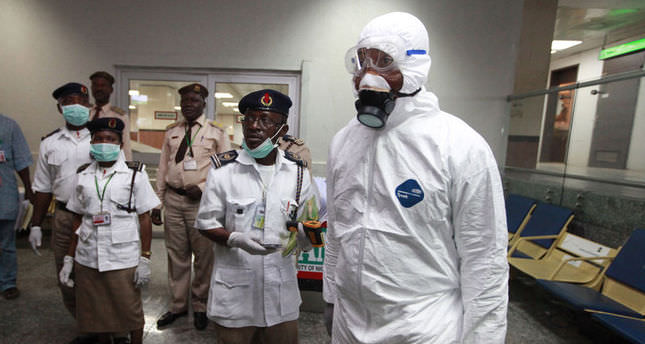 by Associated Press Aug 25, 2014 12:00 am
A Liberian doctor who was among three Africans to receive an experimental Ebola drug has died, the country's information minister said Monday.

Dr. Abraham Borbor, the deputy chief medical doctor at the country's largest hospital, had been among three Liberians, and the first Africans, who received the drug, ZMapp. Two Americans received the untested drug and survived. A Spaniard infected with Ebola received the treatment but died. There was no update given on the two other Liberians who took doses of the drug.

Borbor "was showing signs of improvement but yesterday he took a turn for the worse," Information Minister Lewis Brown told The Associated Press. It wasn't clear if he died late Sunday or on Monday.

Ebola has killed more than 1,400 people across West Africa. There is no proven vaccine or cure for the disease that can cause a grisly death with bleeding from the eyes, mouth and ears.

The virus can only be transmitted through direct contact with the bodily fluids of the sick or from touching victims' bodies, leaving doctors and other health care workers most vulnerable to contracting it.

Only six people in the world are known to have received ZMapp. The small supply is now said to be exhausted, and it is expected to be months before more can be produced by its U.S. maker.

Health experts caution that the drug had never been tested in humans before and it was unclear whether it works. They note there is a huge gap between the treatment the two Americans got at an Atlanta hospital, where five infectious disease experts and 21 nurses provided rigorous care, and West Africa, where even such basics as sterile fluids can be in short supply.