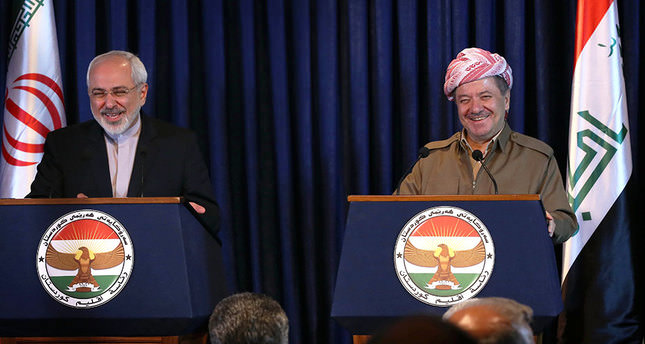 Iran was among the first countries to send arms, he said.

"The arrival of weapons has made a difference to Kurdish forces' combat abilities," Barzani said in a joint conference with Iranian Foreign Minister Mohammad Javad Zarif in Erbil, the capital of the Kurdistan region.

Zarif told reporters that Iran does not have troops in Iraq but is assisting Baghdad and the Kurds "through other means," according to Kurdish Rudaw television.

"We ask for the unity and security of Iraq, and we consider the security situation of Iraq as our own," said the top diplomat for Iran's Shiite government. "ISIS poses a threat internationally, and that threat is not just for regional neighbours."