Boko Haram vs ISIS: Who wins the claimed caliphate? 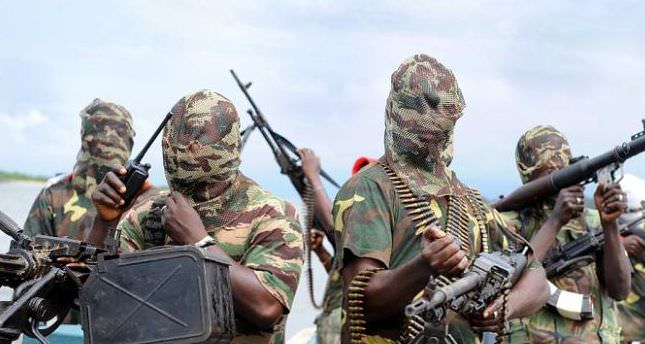 Fifty-eight days after the Islamic State of Iraq and al-Sham's (ISIS) declared a so-called 'caliphate' in Iraq, a different militant group called Boko Haram declared another caliphate in Africa's Nigeria

In a 52-minute video released on Sunday, the leader of the Nigerian militant group Boko Haram, Abubakar Shekau, claimed that they will rule with a "caliphate" system and will take the northeastern town of Gwoza as its capital. "Thanks to Allah who gave victory to our brethren in [the town of] Gwoza and made it part of the Islamic Caliphate," Shekau said in the video.

In the previous months, ISIS has captured large parts of Syria and Iraq and in late June its leader Abu Bakr al-Baghdadi declared himself "the caliph" and "leader of Muslims everywhere."

In a July video, Shekau voiced support for al-Baghdadi and ISIS, but there was no indication from Shekau in the latest video that he was associating himself with Baghdadi.

Both ISIS and Boko Haram's funding sources are vague, yet ISIS obtains vast amounts of money from the oil fields they have taken over in Iraq and Syria. Boko Haram militant, on the other hand, do not have access to such funding sources and the group's financial state is not close to ISIS's.

Boko Haram was officially founded in 2002 as a local movement by Mohammed Yusuf in the Nigerian town of Maiduguri. He first established a religious complex that included a mosque and a school where many poor families from across Nigeria and from neighboring countries enrolled their children.

The group officially adopted the name The Group of the People of Sunnah for Preaching and Struggle, but in the town of Maiduguri the residents dubbed it Boko Haram, loosely translated as Western education is sinful, which symbolizes its strong opposition to anything Western as corrupting for Muslims.

Boko Haram founder Mohammed Yusuf and many members were arrested in 2009 and killed in a while in police custody without standing trial, this incident created a stronger Boko Haram, increased its number of followers and the group later became violent.

Boko Haram as a name later spread to northern Nigeria, northern Cameroon, southern Niger and Chad. The first attack that carried the name was in Borno in January 2011. It resulted in the death of four people.

More than 1,500 people have been killed this year alone in attacks blamed on Boko Haram insurgents, most of which have taken place in northeastern Nigeria. The group is seen as the main security threat to Africa's biggest economy and leading energy producer. Boko Haram has been in the international spotlight since the group kidnapped more than 200 girls from a school in the village of Chibok in April. The girls remain missing.

A caliphate was an Islamic area of rule led by a caliph, who is a political and religious leader who was a successor (caliph) to the Islamic prophet Muhammad. Both radical armed groups who are using the terminology have been criticized by many Muslim scholars for using all means of killing and stealing that contradicts Islamic rules. It is not yet clear if the militant groups whether will unite or fight.
Last Update: Aug 27, 2014 2:01 am
RELATED TOPICS