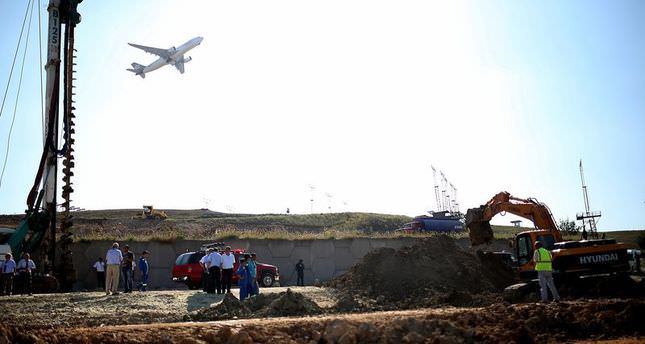 by AA Aug 27, 2014 12:00 am
A NATO pipeline carrying jet fuel was punctured accidentally during renovation in Istanbul's Ataturk International Airport on Wednesday.

Tons of jet fuel leaked to the D-100 highway in Sefakoy district after a NATO pipeline, which provides fuel to the airport, burst during maintenance work.

Officials turned off the main valve to stop the leakage. Traffic was reduced to a single lane while a fire brigade crew was dispatched to the scene.

An investigation into the incident had been launched.