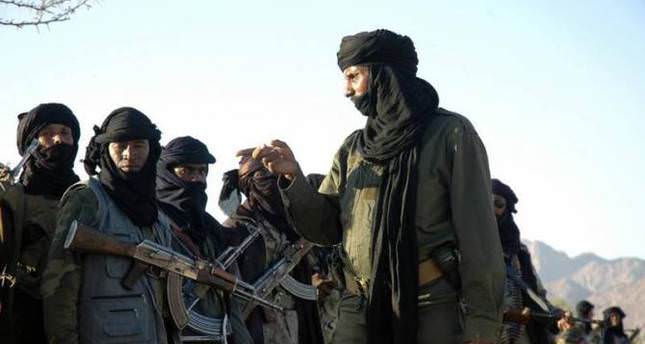 by AA Sep 02, 2014 12:00 am
Cameroonian army forces have killed 40 Boko Haram militants in the country's far north after the latter tried to attack an army convoy near the Nigerian border, a military official said Tuesday.

"The gunmen opened fire on a column of Cameroonian soldiers who, in turn, fired back. At least 40 Boko Haram militants were killed during the exchange of fire and two cars [belonging to] the attackers were captured and burnt," Badjeck said.

One Cameroonian soldier was injured in the exchange, he added.

The remaining attackers subsequently withdrew to Nigeria, the spokesman said, adding that calm had since been restored to Fotokol.

The Nigeria-based militant group has already been blamed for several previous cross-border attacks in Cameroon.

In the five years since, the shadowy sect has been blamed for numerous attacks-on places of worship and government institutions-and thousands of deaths.