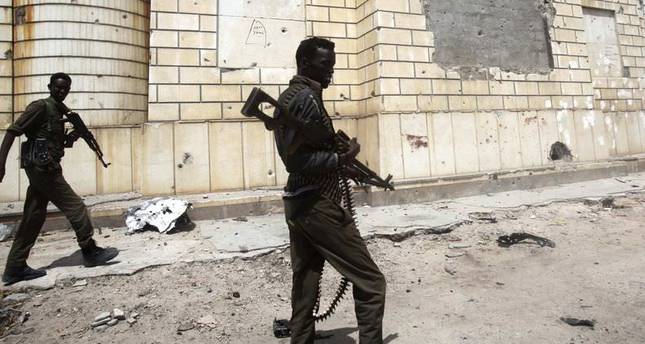 by Sep 05, 2014 12:00 am
A hail of U.S. missiles aimed at the leader of Somalia's al-Shabaab militants may have left a gaping hole in the group's leadership, potentially the biggest challenge to its unity since it emerged as a fighting force eight years ago. Washington said it was still checking to see whether its laser-guided attack on Monday killed Ahmed Godane, who aligned al-Shabaab with al Qaeda and authorized the group's deadly raid on a Nairobi shopping mall last year. A U.S. government source on Wednesday said it was looking into a tweet from what it believed was a legitimate al-Shabaab account confirming the death.

If confirmed, experts say there is a real chance the death of the man who ruled the group with an iron fist and left no obvious successors would trigger infighting or the formation of smaller, potentially more dangerous splinter movements. "If he is in fact dead, it is a game changer in many ways for al Shabaab," said Abdi Aynte, director of the Heritage Institute for Policy Studies in Mogadishu, the Somali capital. "What is likely to happen is a struggle for power," he said.

Fragmentation was also possible in the absence of a leader with Godane's experience and ruthless approach to dissent.Somalia's government, with support from African peacekeepers and Western intelligence, has battled to curb al Shabaab's influence and drive the group from areas it has continued to control since it was expelled from Mogadishu in 2011. Western governments and neighboring countries want to neutralize a group they say has exploited Somalia's chaos to train foreign fighters.

Kenya, which has deployed troops with the African Union force AMISOM to quash the rebels, felt the impact of al Shabaab's reach last September when gunmen from the group launched an attack on the Westgate mall, leaving 67 dead. "Take your troops out or prepare for a long-lasting war, blood, destruction and evacuation," Godane, believed to be in his 40s, said shortly after the four-day assault. Godane, whose studies took him in the late 1990s to Pakistan and probably from there on a stint to Afghanistan, where the shadow of Osama Bin Laden still loomed large, is not the first al-Shabaab leader to be targeted by the U.S. military.

In 2008, his predecessor, Aden Hashi Ayro, was killed in a similar U.S. raid. A day or two after that, Godane was declared head by al Shabaab's shura council, at the time an influential body in the group.War-weary Somalis worry al-Shabaab could again recover from a blow to its leadership. "This is a strategic ideology which cannot be destroyed by the elimination of an individual," said Hussein Biihi, an elder in the Lower Shabelle region south of Mogadishu, where al-Shabaab remain a potent force despite a military offensive by African and Somali troops to recapture towns and territory.But a new leader may not emerge so swiftly this time.