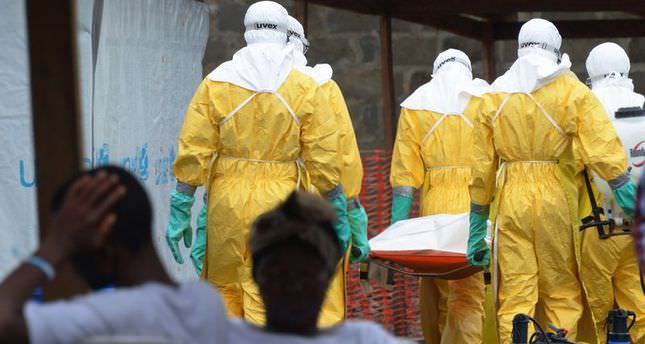 by AA Sep 09, 2014 12:00 am
Holding her certificate high so that everybody could see it, Rugiatu Kamara, a 38-year-old Sierra Leonean mother of four, is still shunned by her local community despite being cleared of having the deadly Ebola virus. "Patient name: Rugiatu Kamara. The above named patient has been seen and managed at the Ebola isolation unit.

Kenema Governmental Hospital. He/ She is now clinically physically and mentally fit to go home to rejoin his/ her community. He/She poses no risk of infection to the community," the certificate reads. Kamara produces the certificate while recalling how she first began showing symptoms of Ebola, which has killed some 500 people in Sierra Leone alone since erupting in West Africa earlier this year. "One day, I felt I had a serious fever.
I was cooking in the evening, with plans to catch up with one of my friends that I promised I would take to church, but I couldn't go due to the fever," she remembered. "I called my man [husband] and asked him to cook in my place because I was sick. I took water with Panadol, then I went to the toilet as I also found I had diarrhea. And it all turns bad; my head and throat ached, my legs felt weak, and my back hurt so bad,"
Kamara recounted. "My body was very weak; I heard on the radio that if anyone has symptoms like fever and diarrhea, they should go to the hospital and report," she added.

A day later, the couple went to a hospital for testing, where a nurse asked Kamara if she had recently come into contact with any sick people. "I said 'maybe,' so they took a blood sample and said I should come [back the] following day," she said. Kamara remembers breathing a sigh of relief when the doctors told her that she had tested negative for Ebola. "I was happy, but I was still feeling weak," she said. Her relief, however, didn't last long.
Two days later, two men from the hospital came to Kamara's house to break the news. "They said I shouldn't touch my kids; no sexual intercourse - that I'm infected by Ebola," she said. "They said my [blood] sample had to go through three stages, the second and third of which confirmed that I had tested positive for Ebola - so I was asked to follow them to hospital to be put in the Ebola unit there," she recalled. "Meanwhile," she added, "my children and husband were quarantined for 21 days."

In the hospital, Kamara was admitted to a ward packed with Ebola patients, where only a few people were available to help with treatment. "People died on a daily basis when I was in the ward. For days, we weren't served food; there was no mercy. I just thank God I survived," Kamara told AA. "Whatever I ate was later vomited; they don't serve milk, nothing… My husband brought medicine, food and Maltina [a local beverage]," she added. After five days of treatment, Kamara tested negative for Ebola and the hospital said she could be discharged, although she was
still suffering diarrhea.