Obama to deploy 3,000 troops to Liberia as Ebola crisis worsens 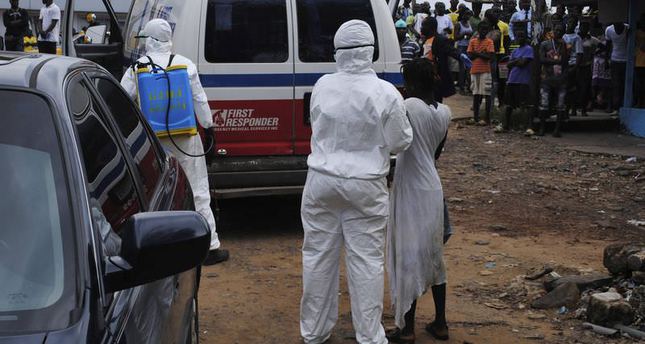 by Sep 16, 2014 12:00 am
The United States announced on Tuesday it will send 3,000 troops to help tackle the Ebola outbreak as part of a ramped-up plan, including a major deployment in Liberia, the country where the epidemic is spiralling fastest out of control.

"The goal here is to search American expertise, including our military, logistics and command and control expertise, to try and control this outbreak at its source in west Africa," Lisa Monaco, Obama's White House counter-terrorism adviser, told MSNBC television on Tuesday ahead of the announcement.

The World Health Organization (WHO) has said it needs foreign medical teams with 500-600 experts as well as at least 10,000 local health workers. The figures may rise if the number of cases increases, as is widely expected.

So far Cuba and China have said they will send medical staff to Sierra Leone. Cuba will deploy 165 people in October while China is sending a mobile laboratory with 59 staff to speed up testing for the disease. It already has 115 staff and a Chinese-funded hospital there.

But Liberia is where the disease appears to be running amok. The WHO has not issued any estimate of cases or deaths in the country since Sept. 5 and its director-general, Margaret Chan, has said there was not a single bed available for Ebola patients there.

One U.N. official in the country has said her colleagues had resorted to telling locals to use plastic bags to fend off the killer virus, due to a lack of other protective equipment.

Medecins Sans Frontieres (MSF), the charity that has been leading the fight against Ebola, said it was overwhelmed and repeated its call for an immediate and massive deployment.

"We are honestly at a loss as to how a single, private NGO is providing the bulk of isolation units and beds," MSF's international president, Joanne Liu, said in a speech to the United Nations in Geneva, adding that the charity was having to turn away sick people in Monrovia, the capital of Liberia.

"Highly infectious people are forced to return home, only to infect others and continue the spread of this deadly virus. All for a lack of international response," she said.

Obama, who has called the epidemic a national security crisis, has faced criticism for not doing more to stem the outbreak. The WHO said last week Ebola had killed more than 2,400 people out of 4,784 cases in west Africa.

U.S. officials stressed it was very unlikely the Ebola crisis could come to the United States. Measures were being taken to screen passengers flying out of the region, they said, and protocols were in place to isolate and treat anyone who arrived in the United States showing symptoms of the disease.