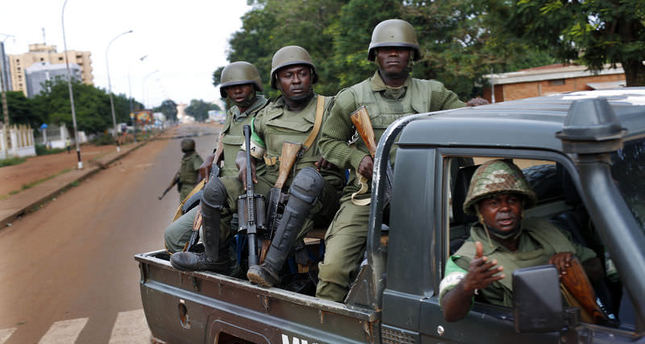 by Oct 17, 2014 12:00 am
Cameroon said on Friday its forces had killed 107 fighters from militants groupBoko Haram in clashes in the north, an area that has seen regular cross-border raids by the Nigerian militants.

News of the fighting coincided with an announcement from neighbouring Nigeria that it had agreed a ceasefire with the movement after a bloody five-year insurgency - though there was no confirmation from Boko Haram.

The clashes in Cameroon's Far North region began after the militants crossed the border between the towns of Amchide and Limani on Wednesday and continued on Thursday from around 11 a.m. (1000 GMT), said Defence Minister Edgar Alain Mebe Ngo'o in a statement.

Eight Cameroonian soldiers were killed and seven wounded in the fighting, he added.

A Boko Haram vehicle packed with ammunition and explosives was destroyed and Cameroon troops now controlled the area, the statement said. There was no independent confirmation and it was not possible to obtain comment from Boko Haram.

Boko Haram has killed thousands in its five-year campaign to carve out a self-proclaimed Islamist state in Nigeria's northeast.

It has also stepped up cross-border attacks into Cameroon, including the seizure of 27 hostages. Those hostages who included 10 from China were released on Saturday.

Nigeria said on Friday Boko Haram had also agreed to free more than 200 schoolgirls it abducted in April. Security sources in neighbouring Chad said negotiations to free the Cameroonian hostages and the Nigerian schoolgirls had been linked.