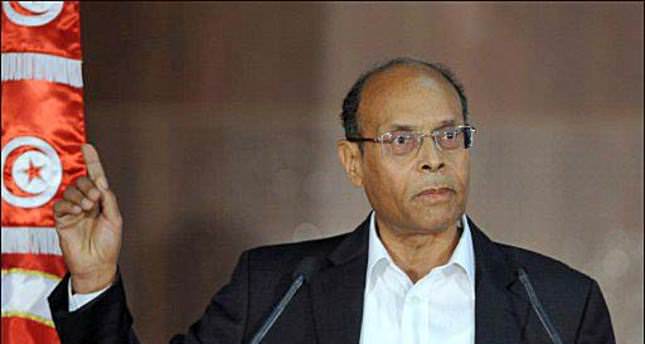 After the revolution in 2011, Tunisians who have consolidated their democracy by adopting a constitution and completing parliamentary elections, will vote for the president for the first time since Ben Ali’s ouster

Tunisians are set to vote for their president on Sunday in the first democratic presidential elections since the revolution took place in 2011 and sparked Arab uprisings throughout the Middle East and North Africa region. Tunisians voted in parliamentary elections last month with the secular-wing party Nidaa Tounes winning the elections after gaining 85 seats in parliament while the Islamist Ennahda Party gained 69 seats. The party, which has ties to the deposed regime, gained more seats than the Ennahda Party, which had been ruling the country since it gained 89 seats (40 per cent of the votes) in parliament in the 2011 elections held after the removal of President Zine el-Abidine Ben Ali.

Tunisia has largely distanced itself from the religious and sectarian chaos of the region that affected Yemen, Libya, Iraq and Syria. Also, the country has not shared the same fate with Egypt where the army ousted the first democratically elected president, Mohammed Morsi. Despite the tension near the Libyan border due to the al-Qaida-inspired Salafi militants and assassination of prominent opposition figures last year, the country has remained on the route of democracy. Tunisia also appeared as the only Arab country where power is shared among Islamists and seculars after the ruling Ennahda party accepted allying with seculars through adopting an unprecedented constitution last year. Therefore, political scientists and regional experts have been favoring Tunisia as a role-model for other Arab countries who have dragged into chaos either under dictatorial rules or under the influence of extremist groups. Although Ennahda lost the last parliamentary elections, its leader 73-year-old Rachid Ghannoushi, after the results were declared, said "What are we celebrating today? We are celebrating freedom. We are celebrating democracy," while the fireworks popped.

The small country, with its 11 million population, is set to consolidate its democracy with the popular election of the executive. Twenty-seven candidates will be competing in the elections, including a woman who says her candidacy is not symbolic and ready to take on the duty. However, out of 27, two candidates are popular, Beji Caid es-Sebsi and Mohamed Moncef Marzouki. In the latest polls, Sebsi appears as the frontrunner and Marzouki also has a large social base.

Essebsi was born in 1926 and studied law in Paris, becoming a lawyer in 1952. From 1957 to 1971, he performed various functions such as director of the regional administration, general director of the Sûreté nationale, Interior Minister from July 5, 1965 to Sept. 8, 1969, minister-delegate to the prime minister and defense minister from Nov. 7, 1969 to June 12, 1970 and then ambassador to France. From October 1971 to January 1972, he advocated greater democracy in Tunisia and resigned his function, then returned to Tunis. In April 1981, he came back to the government under Mohamed Mzali as minister of foreign affairs, serving until September 1986. In 1987, he was appointed as ambassador to Germany. From 1990 to 1991 he was the president of the Chamber of Deputies. His last parliamentary mandate ended in 1994.

Marzouki was born in 1945, a son of an imam who had to flee to Morocco in 1950s due to the political suppression by the regime. He studied medicine in Strasbourg. He joined activities to support oppressed people. He travelled to India to support Mahatma Ghandi's non-violent resistance and South Africa to support Nelson Mandela against the apartheid regime. He became president of the Arab Commission for Human Rights and as of Jan. 17, 2011 continues as a member of its executive board. In 2001, he founded the Congress for the Republic Party but it was banned by the regime. After the revolution, the Constituent Assembly of Tunisia elected Marzouki as the interim president.