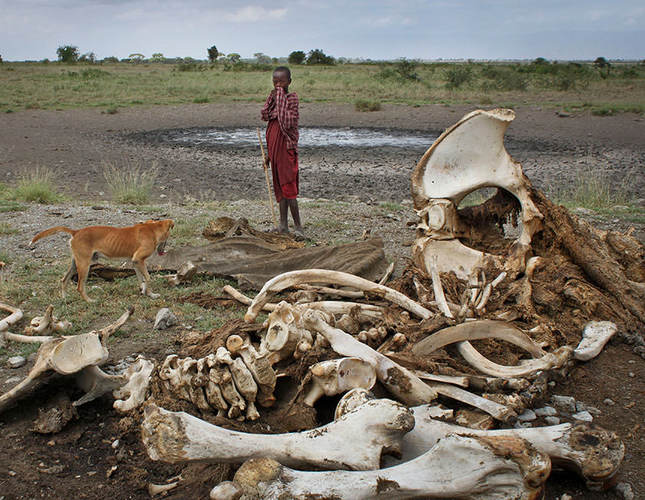 The Tanzanian government sold off ancestral land owned by the Masai to the Dubai royal family in order to make way for a luxury hunting ground for royal hunters. At least 40,000 Masai are now under threat of being evicted from their homeland

The Masai people of Tanzania have been living under a significant threat for the past few years while the Tanzanian government was deciding to sell off large tracts of Masai land to the Dubai royal family to create a large game hunting resort for themselves. Now, they have been forced out of their homeland so the Dubai royal family can create an exclusive luxury large game hunting reserve. Yet government officials have denied the charge of displacing thousands of Masai from their traditional lands in order to make way for the royal hunters. "The government has no such plans and never entertained the idea of evicting the Masai," Tanzania's Natural Resources and Tourism Minister Lazaro Nyalandu, told reporters in Tanzania's administrative capital Dodoma, as reported by Agence France-Presse on November 20.

Despite the government's denial, the eviction of the Masai from their historic lands by the end of the year has long been on the government's agenda. Following the leasing of large swathes of land to the Dubai-based luxury hunting and safari company, Ortello Business Corporation (OBC), to allow them to hunt by creating an exclusive wildlife corridor, the Masai began to protest the government's plan in April 2013. Under the proposed government plan, the wildlife corridor will stretch across an area of about 1,500-square-kilometers of traditional Masai land near the border with the wildlife-rich Serengeti National Park. Therefore, the corridor would provide a large wildlife reserve to the wealthy Emirati hunters.

The Tanzanian government's ambition to turn 1,500-square-kilometers of land into a hunting reserve for an Emirati hunting company catering to the royal family of the United Arab Emirates has led to severe criticism from some global activist groups including Avaaz. The global activist groups started a campaign in 2013 to draw global attention to the Tanzanian government's "plans to kick thousands of [Masai] families off [of their] lands so that wealthy tourists can use them to shoot lions and leopards."

"As citizens from around the world, we call on you to oppose any attempt to evict Masai from their traditional land or require them to relocate to make way for foreign hunters. We are counting on you to be a champion for your people and stop any attempt to change their land rights against their will," the petition stated while calling on Tanzanian President Jakaya Kikwete to stop the imminent evictions. The activists have been collecting an online petition of more than 2 million names so far to stop the government plan that would destroy the pastoral lifestyle of the people and wildlife. The activist group also claimed that the Tanzanian government offered 1 billion Tanzanian shillings ($578,000) for the ancestral lands in exchange for leaving their homes.

About 900,000 Masai of East Africa live in southern Kenya and northern Tanzania. Masai land bordering the Serengeti national park is of crucial importance for the community due to the fact that they heavily relying on cattle. As they occupy a total land area of 160,000-square-kilometers, the largely pastoral community has been subjected to lose significant parts of their land. Long before the current government plan, they were moved from the Serengeti by the British in 1959.