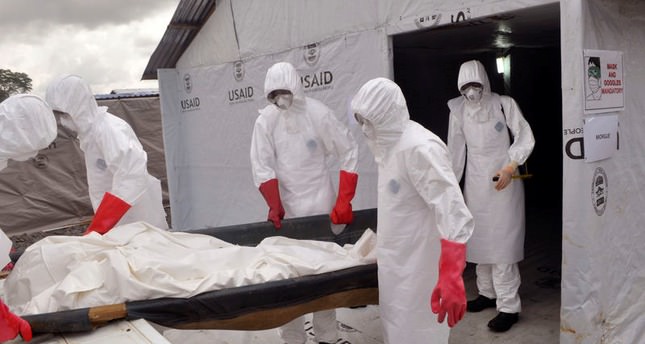 by French Press Agency - AFP
Nov 29, 2014 12:00 am
Nearly 7,000 people have now died from Ebola in west Africa, with the latest numbers from the World Health Organization counting over 1,200 more deaths than in a toll given on Wednesday.

Data published by the UN's health body late Friday showed that 16,169 people had been infected with Ebola and that 6,928 of them had died in the three countries at the centre of the outbreak -- Sierra Leone, Guinea and Liberia.