Protesters back in Cairo’s Tahrir Square 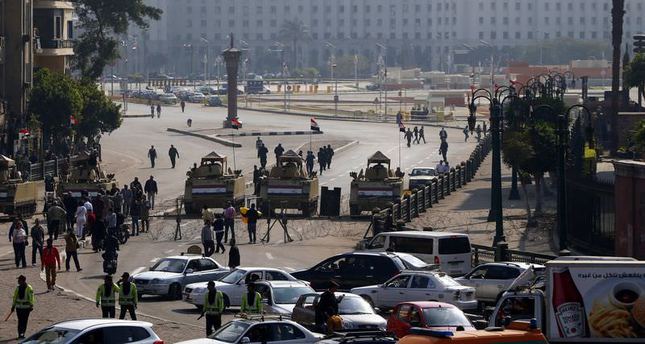 by Daily Sabah Dec 03, 2014 12:00 am
Egyptians are back in Tahrir Square. Where protesters came to end the 30-year rule of the dictator Hosni Mubarak, they are gathering once again after the Egyptian court ruled to drop charges against the deposed president, who was charged with killing protesters in 2011.

Egypt's public prosecutor said today that he has appealed the court's decision. The appeal will be submitted to the highest appeals court in the country, which will then decide whether to accept it by ordering a second trial, or by rejecting it and standing by the court's decision. This would not be the first time court decisions on Mubarak have been appealed. If the appeal is approved, it would be the third and final time under Egyptian law.
Along with Mubarak, charges were dropped for his interior minister and six of his aides. While members of the old regime are being released, anyone who stands with Egypt's first democratically-elected president, Mohammed Morsi, who was ousted by a military coup last year, is being detained.

Pro-revolution groups in Egypt are calling this week "revolutionary." Protesters are flooding the streets of Egypt once again, leaving what will happen after Mubarak is either retried or released unclear.