US desperate for peace talks led by UN in Libya 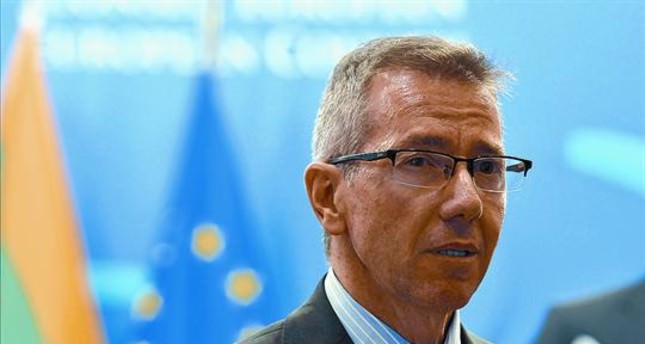 by Daily Sabah Dec 10, 2014 12:00 am
U.N. special envoy to Libya, Bernardino Leon last week called on the main factions to begin peace talks to end the escalating tension in Libya, which has been dragged into a civil war following the ousting of former President Moammar Gadhafi.

But a senior U.S. official said, "The U.S. has little faith in U.N.-backed peace talks in Libya because Middle Eastern countries are defying requests to end their war by proxy in the oil-rich North African nation." Another U.S. official told Reuters, "What is the objective? What is the plan for success here? It seems quite clear that the more foreign countries get involved in Libya, the more unstable the situation becomes."

Although the round of talks should have started yesterday, the U.N. officials stated that talks have been postponed, with the aim of including more factions from rival sides. The U.N. had launched a first round of talks in September bringing together the elected House of Representatives and members from the city of Misrata linked to the group "Libya Dawn," which had boycotted the assembly. Leon said that the dialogue would include members of a rival assembly in Tripoli, the General National Congress (GNC), which is the country's previous assembly reinstated by the new rulers in the capital.

"So this dialogue should be based on respect. And we have agreed tonight that this respect will mean that the representatives from this house will be attending the dialogue considering themselves representatives of the GNC," Leon said. "But they will accept that these talks will have different views. We all agreed that the ruling of the court implied changes in the country. What is important is to have a dialogue where each one has its view, and they accept the views of the others," he added.

Libya is on the brink of collapsing into a failed state as the security situation continues to deteriorate due to ongoing deadly clashes between rival militias that threaten to tear the country apart. In the vacuum of Libya's political chaos, major armed militia groups have tried to seize control of vast areas. The two main armed militias, Zintanis and Misratans, have been fighting to seize control of key installations, including the international airport.

Libya has suffered from a chronic absence of security with various actors emerging. The powerlessness of the central government has led many people to take up arms against the government. State security forces have also failed to protect the government, leaving the country unprotected and open to heavy clashes between rival militias trying to gain authority over the government and the country.