Twin blasts kill at least 32 in Nigerian city of Jos 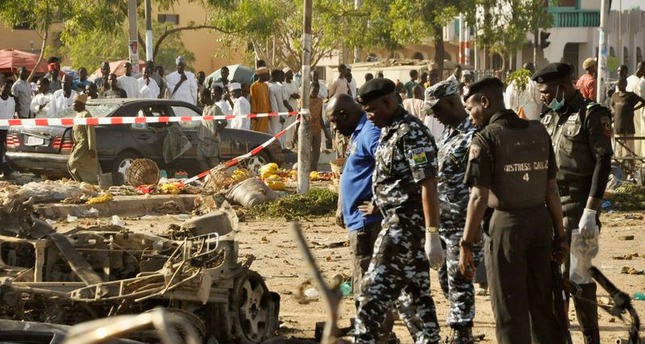 "The twin blasts were simultaneous, including one that occurred at Terminus area near Mr. Bigg's," Theophilus Tunkus, a resident of Jos told The Anadolu Agency.

Nigeria's National Emergency Management Agency coordinator in Jos, Mohammed Abdulsalam, meanwhile, confirmed the two blasts. He could not, however, mention the exact number of victims in the two attacks.

"At the moment, we are attending to victims," Abdulsalam told AA by phone.

Jos is the administrative capital of Plateau State, which has been the epicenter of tribal clashes in recent years.

These tribal clashes have been fuelled largely by socioeconomic and political rivalry among major tribes-especially local Berom farmers and Hausa-Fulani herdsmen.