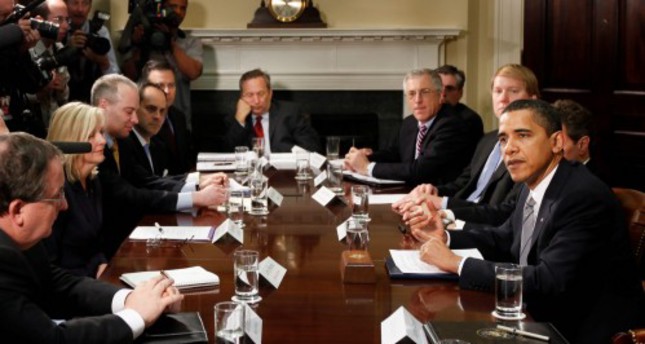 by Daily Sabah Dec 18, 2014 12:00 am
The United States is once again coming to Egypt's rescue. The Obama administration has allocated $1.4 billion in aid to its close Middle Eastern ally, despite continuous human rights violations committed by Egypt's current government.

Egypt's current president, Abdel Fattah el-Sissi, was a former general who led the military coup that took place last year, overthrowing Egypt's first democratically elected president. He caught the world's attention by authorizing the killing of thousands on Aug. 14 last year, in what became "the most tragic massacre in modern Egyptian history," according to human rights organizations.

"These new provisions will allow the administration to sidestep the human rights conditions that Congress has attached to foreign assistance," said Neil Hicks, director of Human Rights First. "Congress should not send the message to the Egyptian government that human rights concerns are not a priority in the bilateral relationship."

Not only is the U.S. showing its support financially, but militarily, even though it was supposed to be withholding aid. It not only supplied 10 Apache attack helicopters for the Egyptian Air Force this year, but U.S. Secretary of Senate John Kerry authorized more than $500 million in aid for Egypt's border security.

Although the fiscal 2015 spending bill that Congress passed on Saturday contains a list of conditions to help Egypt achieve democracy by holding free and fair elections, releasing the American citizens held as prisoners, and allowing peaceful protests, the U.S. appears to be subtly nodding its head in approval of the country's current state by offering Egypt more financial power.

With its economy spiraling downwards, Egypt was provided financial aid from the Gulf, and now owes a few hundred million dollars to Qatar alone.

Democratic Sen. Patrick Leahy does not support the waiver. His spokesman David Carle said he "hopes the secretary will not waive the law, as he believes that would send the wrong message to the Egyptian people and to the region as a whole." Istanbul / Daily Sabah