Niger cracks down on Charlie Hebdo protests after ten dead 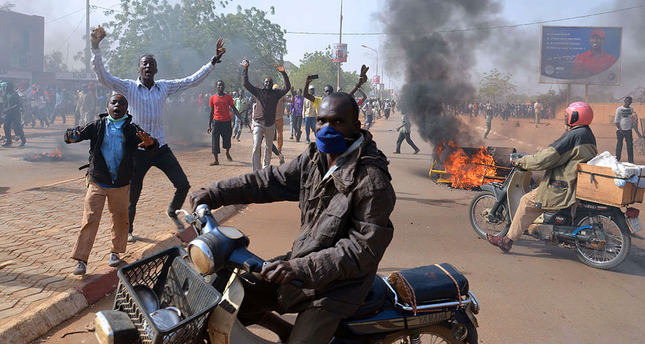 by Associated Press Jan 18, 2015 12:00 am
Security forces in Niger used tear gas on Sunday to disperse hundreds of opposition supporters taking part in a banned demonstration in the capital.

The political altercation came after 10 people were killed in two days of violent protests against a French publication's cartoon depicting Islam's prophet.

Niger authorities banned Sunday's demonstration by the political opposition because of the tense situation following the violence in response to the French satirical weekly Charlie Hebdo's depiction of the Prophet Muhammad.

The violence came after the French magazine published a new cartoon depicting the Prophet Muhammad. The issue, published Wednesday, was the first following a January 7 terrorist attack on its headquarters that left 12 dead.

Physical depictions of the prophet are considered blasphemous, and protests have occurred in a number of predominantly Muslim countries this week.

Sunday's anti-government demonstration in Niger was organized prior to the Charlie Hebdo protests, though officials said Saturday it would not be allowed to go ahead. Opposition organizers cited general grievances with the government including the controversial purchase of a presidential plane last year.