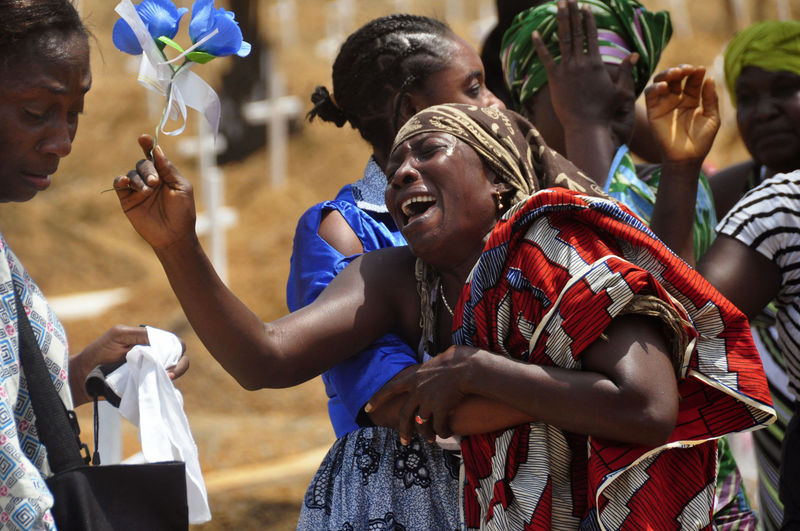 by Anadolu Agency Mar 12, 2015 12:00 am
The death toll from the Ebola outbreak worldwide has reached 10,019, the World Health Organization said in a statement Thursday.

The U.N. health agency said that at least 24,350 people were infected with the deadly virus.

Sierra Leone has the highest number of cases, with 11,677 patients reported to date.

The highest Ebola death toll is in Liberia at 4,162. Sierra Leone has 3,655 recorded and in Guinea, 2,187 deaths were reported. The organization also reported that 491 health workers died after being exposed to the deadly virus.

On March 7, the WHO announced launched, in Guinea, a test trial for a vaccine, developed by the Public Health Agency of Canada, in order to prevent Ebola.

"Based on promising data from initial clinical trials in late 2014, WHO with the Health Ministry of Guinea, Medecins Sans Frontieres (MSF), Epicentre and The Norwegian Institute of Public Health (NIPH), will launch a Phase III trial in Guinea on 7 March to test the VSV-EBOV vaccine for efficacy and effectiveness to prevent Ebola," said the WHO in a statement.
Last Update: Mar 12, 2015 11:25 pm
RELATED TOPICS