23 suspects arrested in connection with fatal museum attack in Tunisia 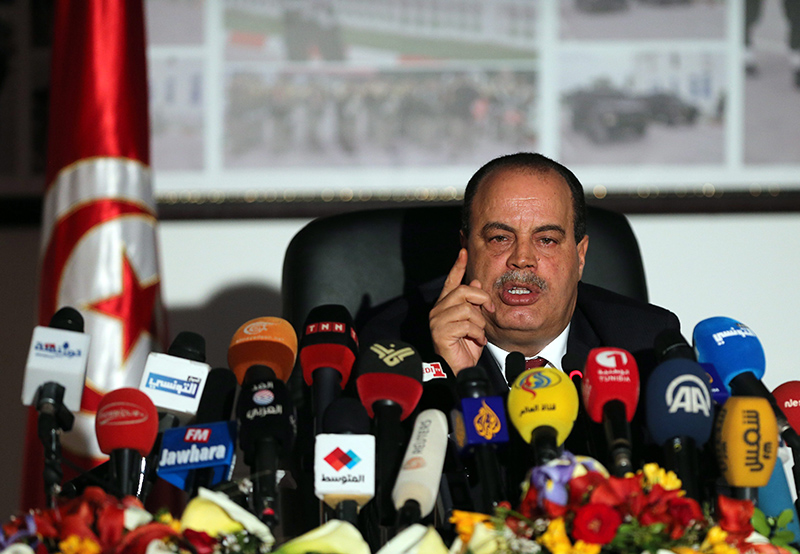 | Photo: EPA
by Associated Press Mar 26, 2015 12:00 am
Tunisia police have arrested 23 people so far from the group behind the attack on the museum that killed 21, but Moroccan and Algerian suspects are still at large, said the country's top security official Thursday.

Interior Minister Najem Gharsalli told journalists that the arrests included a woman and the group was connected to the al-Qaida-linked Oqba Ibn Nafaa brigade.

The March 18 attack at the national museum in which 20 tourists were killed was claimed by al-Qaida rival, the self-proclaimed Islamic State of Iraq and al-Sham (ISIS) group, but members of the Oqba Ibn Nafaa brigade, which has been fighting Tunisian security forces for the past few years, have claimed allegiance to both extremist groups.

At least 80 percent of the group behind the attack has been detained, added Gharsalli, but two Moroccans and an Algerian were still being sought, along with Tunisian Maher Ben Gaied

The gunmen that attacked the museum carried belts filled with powerful semtex explosive which would have been "catastrophic" if used, he added.

Two members of the group had fought with extremists in Syria, while three others, including the museum attackers, had been to Libya, said Gharsalli.

Revelations that the attackers had connections to Libya has thrown into stark relief the security threat to Tunisians from its chaotic neighbor where a lack of central authority has allowed the rise of extremists allied to ISIS group.

Gharsalli detailed a well-organized operation that was planning further attacks and said the group was divided into a planning commission, a reconnaissance and support department, the operations people and the get-away crew.