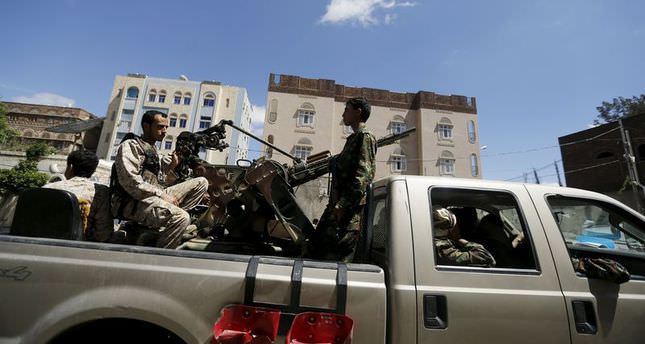 by Mar 28, 2015 12:00 am
Saudi-led airstrikes have destroyed "most" missile capabilities of the Shiite Houthi rebels and their allies, coalition spokesman General Ahmed Assiri said on Saturday.

"We believe that we have destroyed most of these capabilities, but we will continue targeting these missiles wherever" they may be, he told reporters in Riyadh.

Before the Houthis seized power in Sanaa in September, the Yemeni army had various "kinds of missiles... ballistic missiles," which could hit targets as far as 500 kilometres (310 miles) away, he said.

A Gulf diplomatic official said earlier that the three-day-old campaign had been successful so far, destroying targets including 21 Scud missiles.
The same source has said Yemen's army has 300 Scuds.

"Since we started operations we are continuing to target this kind of missile," Assiri said. "We target their storage."

Witnesses said coalition forces on Saturday targeted an air base in the western province of Hodeidah and two rebel bases in the Houthis' northern stronghold of Saada.

The Houthis are backed by Iran as well as by wealthy former strongman Ali Abdullah Saleh who has retained the loyalty of many troops even after being forced to cede the presidency following a year-long popular uprising.