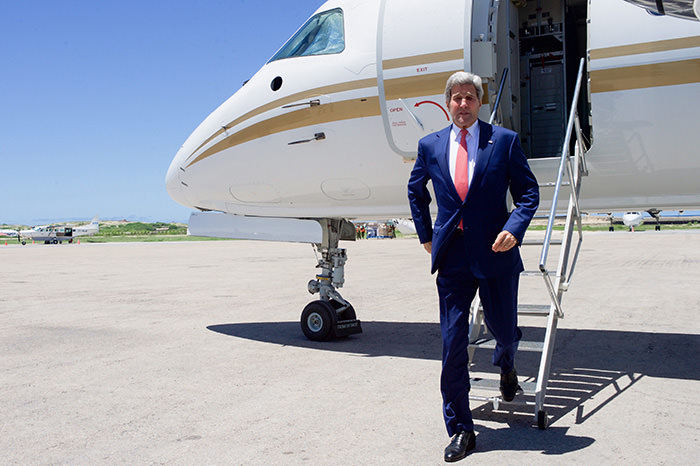 Upon his arrival, Kerry headed to Salman Mosque, not far from a U.S. military base in capital Djibouti, where he would address the Islamic world following a meeting with local youth and religious leaders.

There was huge security deployment in the capital ahead of the visit, according to an Anadolu Agency correspondent.

Kerry is expected to discuss with President Ismail Omar Guelleh cooperation on security and other matters.

He will also visit American troops stationed at the Camp Lemonnier military base, opened since 2003.

Camp Lemonnier is a launch pad for U.S. counterterrorism operations in the Horn of Africa and Yemen.

The Djibouti trip would be the last leg of Kerry's East African tour which has already taken him to Kenya and Somalia.
Last Update: May 06, 2015 2:05 pm
RELATED TOPICS