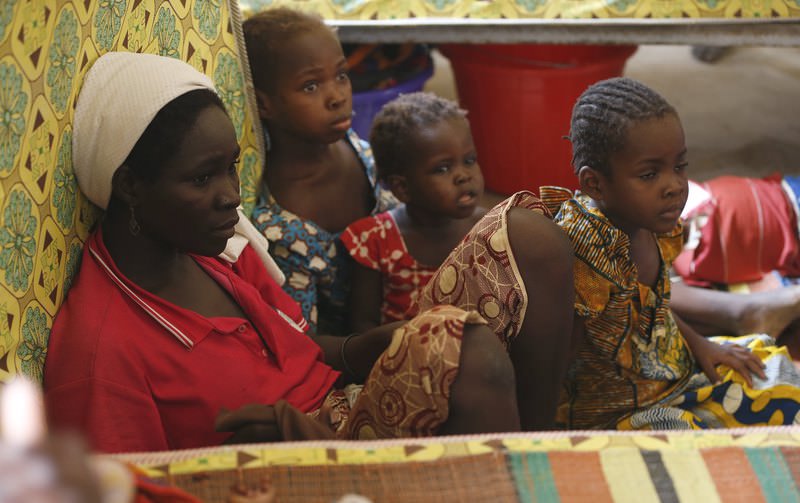 by Anadolu Agency May 06, 2015 12:00 am
The Nigerian military announced on Wednesday that it had rescued another 25 women and children after troops charged through the Sambisa Forest, Boko Haram's last remaining stronghold.

"Our troops are unrelenting in their determined efforts to vanquish Boko Haram terrorists wherever they are," army spokesman Sani Usman said on his Facebook page.

"In a fierce encounter, as of this morning, they destroyed seven more terrorists' camps," he added.

"Many of the terrorists were killed, anti-aircraft guns and rocket-propelled grenade tubes were captured, and four vehicles mounted with high caliber weapons were destroyed," said Usman.

Usman also said one soldier had been killed while five others had sustained various injuries.

In three recent rescue operations, the army freed a total of 687 women and girls from Nigeria's Sambisa Forest, a Boko Haram stronghold in the country's restive northeastern region.

The Nigerian military-backed by Nigerien and Chadian troops-recently liberated all territory captured earlier by Boko Haram in Adamawa, Borno and Yobe states.

In the face of the government's recent onslaught, Boko Haram militants are believed to have retreated back into the forest.

The forest extends from Borno State into parts of Adamawa, Bauchi and Gombe states-all in the northeast-and into parts of Jigawa State and elsewhere in the country's northwest.
Last Update: May 07, 2015 10:43 am
RELATED TOPICS