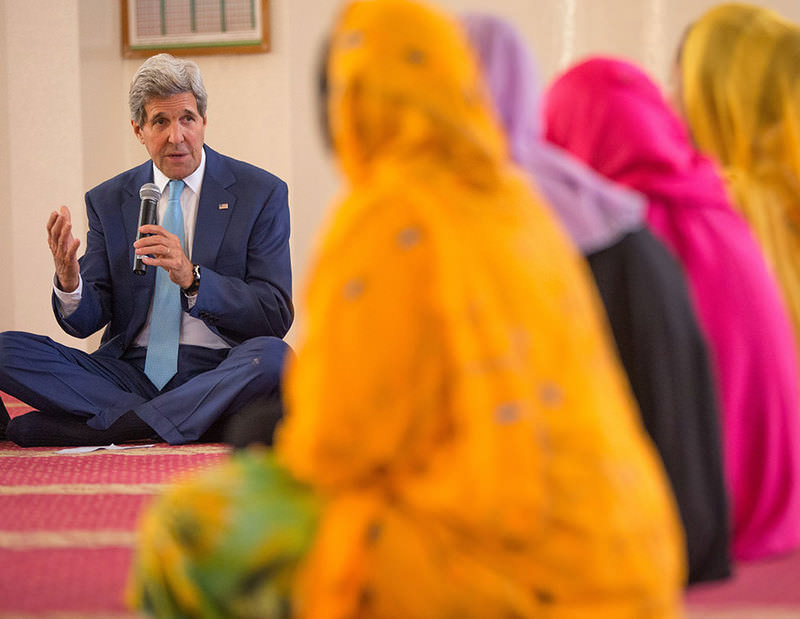 by Daily Sabah May 08, 2015 12:00 am
U.S. Secretary of State John Kerry gave a speech on Friday at Salman Mosque in Djibouti's capital following a meeting with local and religious leaders.

Kerry began his speech by greeting the crowd with "assalamu alaikum", an Islamic greeting that means 'peace be upon you', and praised Djibouti's contribution to create alternative paths in order to help provide security and President Ismaïl Omar Guelleh's efforts to calm the situation in Somalia and his help to push back against extremism.

During his visit, Kerry, the first U.S. Secretary of State who visited the country, discussed with Djiboutian officials how to more effectively deal with the threat that Al-Shebab and others have posed in the region.

Before Djibouti, Kerry spent three days in Kenya, including a brief but symbolic trip on Tuesday to Somali capital Mogadishu, the most senior U.S. official to visit since Washington's doomed military intervention more than two decades ago.
Last Update: May 08, 2015 11:57 pm
RELATED TOPICS