Burundi polls to be held on schedule: President Nkurunziza 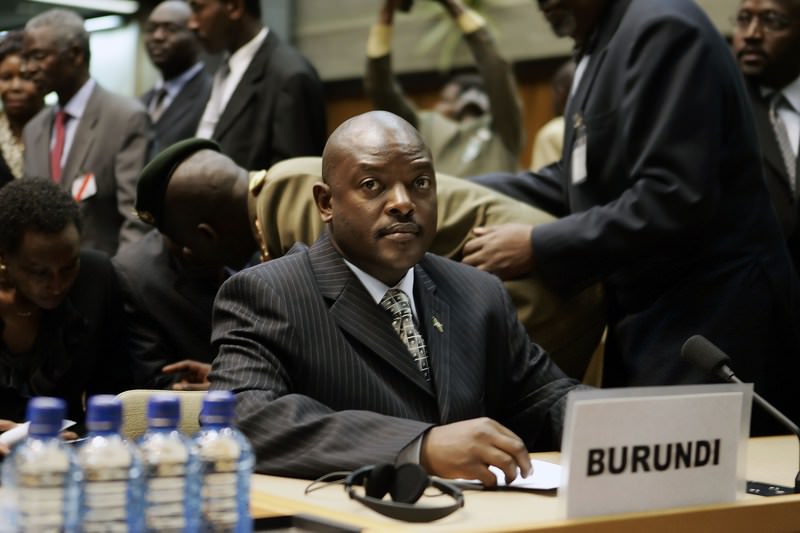 by Anadolu Agency May 15, 2015 12:00 am
Burundian President Pierre Nkurunziza declared on Friday that his country's presidential polls would be held next month as planned despite ongoing political unrest.

The announcement came in a presidential statement, ignoring calls by U.S. and several African states to postpone the polls until the domestic political situation had stabilized.

U.S. warned Nkurinziza on Friday that seeking new term would 'exacerbate instability' in the country.

Earlier in the day, clashes resumed in capital Bujumbura between security forces and demonstrators opposed to Nkurinziza's plan to run for a third term in office.

Protests against the president's planned third-term run resumed after a brief period of calm on Thursday evening following clashes between pro- and anti-Nkurinziza troops.

On Wednesday, a group of generals led by former intelligence chief Godefroid Niyombare announced the dismissal of Nkurunziza, who had been in Tanzania at the time to attend a regional summit.

The following day, however, Nkurunziza returned to Burundi, announcing that the coup attempt had failed.

Burundi has been dogged by instability since April 26, when anti-Nkurunziza demonstrators took to the streets to protest the president's planned third-term run.

The country's opposition asserts that Nkurunziza does not have the right to seek a third term in office, citing Burundi's constitution, which limits the number of terms a president can serve to two.