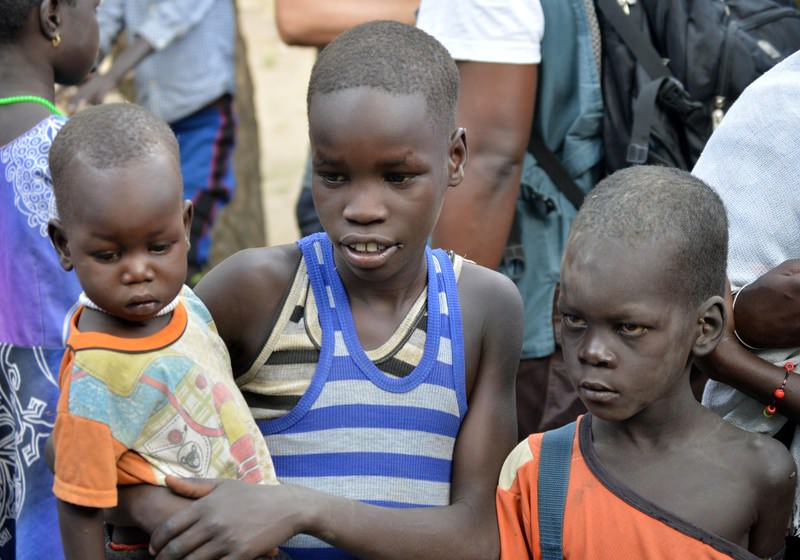 Over 300,000 South Sudanese civilians are without "life saving aid" as the United Nations pulled out due to heavy fighting

Dozens of children have been targeted over the past two weeks, said Jonathan Veitch from the UN children's fund UNICEF.

Some of the attackers were boys as young as 16 years old. Some fighters explained that it was best to kill children before they grew up and returned for revenge, Veitch told a press briefing in Geneva by phone from Juba.

The UN estimates that about 13,000 children have been recruited as fighters by both sides of the South Sudanese conflict.

The north-east African country has been embroiled in a civil conflict with ethnic undertones since December 2013, when a power struggle between President Salva Kiir and his former deputy Riek Machar turned violent.

Successive ceasefires have been unable to stop the fighting, which has killed tens of thousands and displaced nearly 2 million people.

The UN estimates that some 2 million South Sudanese do not have enough to eat and more than 4 million need water and sanitation.
Last Update: May 19, 2015 9:11 pm
RELATED TOPICS