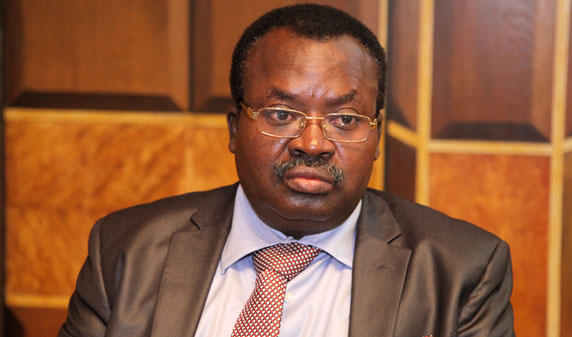 by Anadolu Agency May 23, 2015 12:00 am
Togolese Prime Minister Kwesi Ahoomey-Zunu has tendered the resignation of his entire government to President Faure Gnassingbe, the presidency said Friday.

"The president has accepted the [government's] resignation and seized the opportunity to praise the efforts that had been made by the prime minister and cabinet members in their mission," the presidency said in a statement.

"These efforts have resulted in the progress our country has made on the economic and social levels," the release said.

Gnassingbe has also "instructed the [resigned] prime minister to run the affairs of the country until a new prime minister is appointed," it added, without revealing the reasons for the government's resignation.

The announcement comes at a time when Togo is facing socio-political unrest with the opposition refusing to recognize Gnassingbe's victory in last month's presidential elections which he won with around 59 percent of votes.

Meanwhile, the main labor syndicate in the country, the Synergy of Togolese Workers (STT) threatened on Wednesday to stage a general strike within 10 days if their demands, including improved working conditions, are not taken into account.
RELATED TOPICS