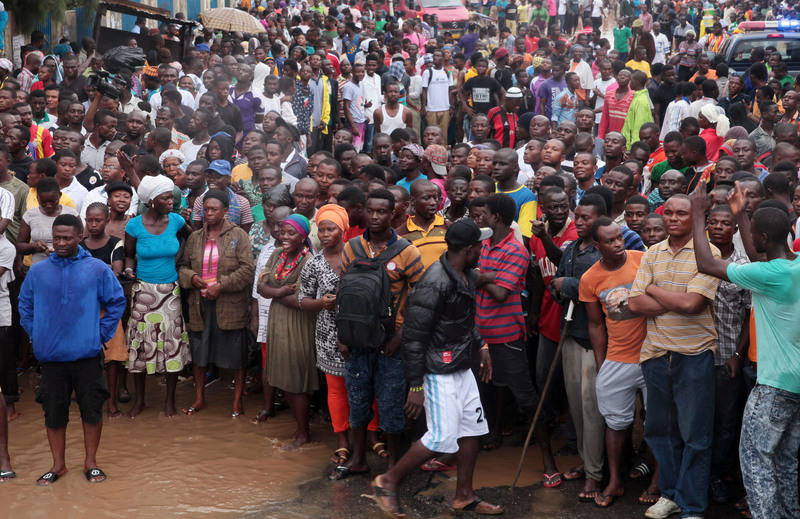 by Jun 05, 2015 12:00 am
Ghana's President John Dramani Mahama on Thursday announced three days of national mourning after a deadly petrol station fire killed at least 150 people during heavy flooding in the capital, Accra.

"Rescue operations will continue until the weekend, Sunday. On Monday, we will observe three days of national mourning for the victims of the fire disaster and flooding," he said.

The fire in the Kwame Nkrumah Circle area of the city is thought to have started in a property next to the filling station, where people were sheltering from days of heavy rain that had flooded the streets.

The president said that the death toll now rised to 150.

Officials at the nearby 37 Military Hospital said its morgue had reached capacity.

"Flags will fly at half-mast from Monday for three days," said Mahama, who visited the scene on Thursday morning and looked visibly shaken.

"Our first priority now is to save lives and prevent any further suffering of our people but beyond that, we'll take the tough measures that are necessary to prevent such disasters from occurring in the future."

The flooding has been blamed on open drains and sewers clogged with rubbish that overflowed during seasonal rains.
Last Update: Jun 05, 2015 1:50 am
RELATED TOPICS