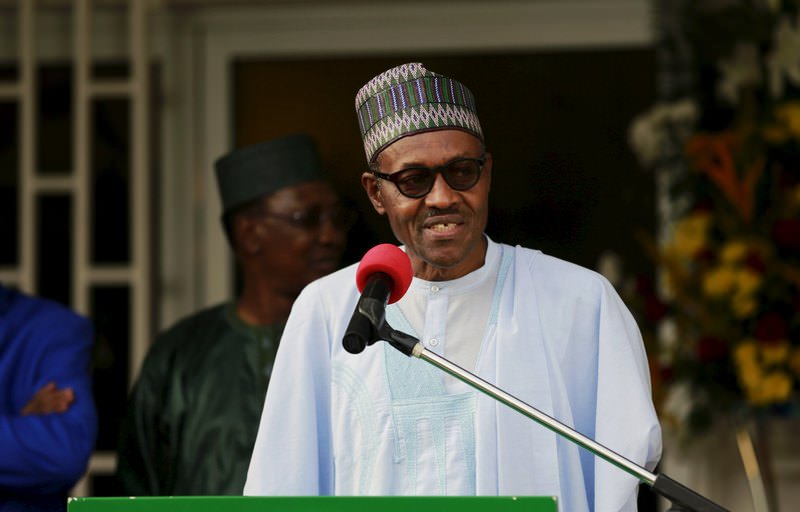 by Jun 11, 2015 12:00 am
New Nigerian President Muhammadu Buhari met his regional counterparts in Abuja on Thursday to discuss a "way out" from the threat posed by Boko Haram, the latest sign of his intent to crush the Islamist militant group early in his tenure.

The 72-year-old former military ruler, who was inaugurated two weeks ago, welcomed the leaders of neighbouring Chad, Niger and Benin for the impromptu one-day summit at Abuja airport. Cameroon sent its defence minister.

Boko Haram has killed thousands and displaced 1.5 million people during a six-year insurgency aimed at establishing an Islamic state in Nigeria's impoverished northeast.

Until the launch this year of offensives by Chad, Niger, Cameroon and Nigeria, the group, which has pledged allegiance to Islamic State in Syria and Iraq, occupied an area the size of Belgium.

The four nations are in the middle of setting up a coordinated regional task force based in the Chadian capital, Ndjamena, but headed by a Nigerian.

Squashing the insurgency was one of Buhari's main campaign promises, in contrast to his predecessor Goodluck Jonathan, who was accused of dithering and incompetence, particularly after the kidnapping of more than 200 girls from a school in the town of Chibok in April last year.

In his two weeks since assuming office, Buhari has focused on little else, travelling to Niger and Chad and shifting the military command centre from Abuja to Maiduguri, the capital of northeast Borno state, the birthplace of the insurgency.

A Nigerian government statement said the summit would also discuss the problem of small arms proliferation in the region, and efforts to boost the quality of government.