US conducts airstrike in Libya, says target was al-Qaeda terrorist 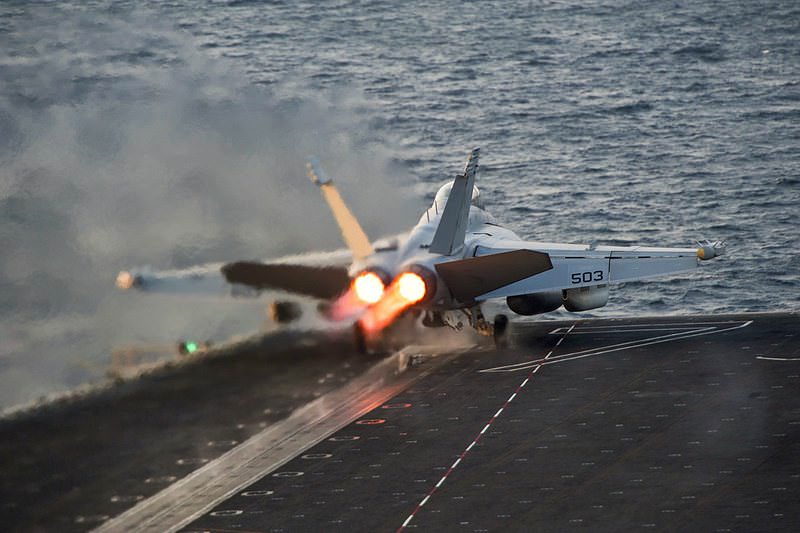 by Daily Sabah with Wires Jun 15, 2015 12:00 am
The US military is assessing the results of an airstrike it carried out against a member of al-Qaeda in Libya, the Pentagon said Sunday.

The operation was characterized as "a counterterrorism strike against an al-Qaeda-associated terrorist," said Colonel Steve Warren in a statement. The strike was conducted on Saturday.

"We are assessing the results of the operation and will provide additional information as and when appropriate," Warren said.

In recent months Libya has experienced the worst violence in the country since the 2011 overthrow of longtime dictator Moamer Gaddafi.

Militants allied with the the self-proclaimed Islamic State of Iraq and Sham (ISIS) have taken advantage of the power vacuum and established a foothold in the oil-rich country.

Last week the governments of China, France, Germany, Italy, Russia, Spain, Britain, the United States and the EU issued a statement calling for an end to the fighting in Libya and the formation of a government of national unity.

The governments "reiterated their firm commitment to work with a united and peaceful Libya in a spirit of partnership," they said on Wednesday after a crisis meeting in Berlin.
Last Update: Jun 15, 2015 1:42 am
RELATED TOPICS