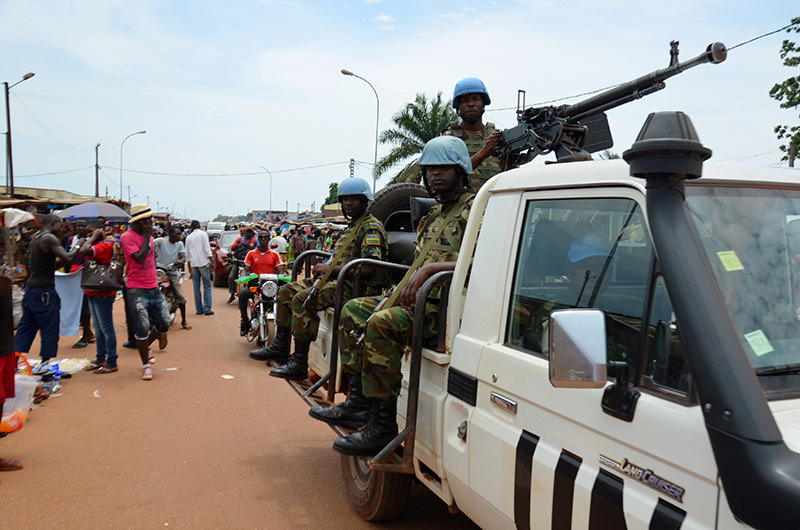 It was the third case of alleged child sexual abuse involving peacekeepers in that country to have surfaced in recent months.

The mission has notified the country contributing the troops and it has begun an investigation into the allegations, Dujarric said.

"If the allegations are substantiated, this would constitute a grave violation of UN principles and code of conduct for UN peacekeepers," he added.

The victims were provided with medical care and assistance.

The allegations come after the mission in early June launched an investigation against another soldier who had been accused of sexually abusing a child in the country.

UN Secretary General Ban Ki-moon announced Monday that he had appointed a three-member panel of experts to review the UN's handling of child sexual abuse allegations against French and African Union troops in the country while they were not under UN command.

French and African Union troops got involved in the CAR conflict before UN peacekeepers took over in September 2014.

The UN has come under fire for failing to take more strident steps after an internal review in July 2014 discovered that foreign troops may have sexually assaulted children in the CAR between December 2013 and June 2014.

The UN alerted French authorities of the reported assaults in July 2014. But despite a preliminary investigation in 2014, France did not open a judicial inquiry into the allegations until early May, when a UN aid worker leaked the previously unpublished report to the media.

An internal UN report also revealed this month that UN blue helmets routinely buy sex with jewelry, cellphones and televisions in countries where they are deployed.