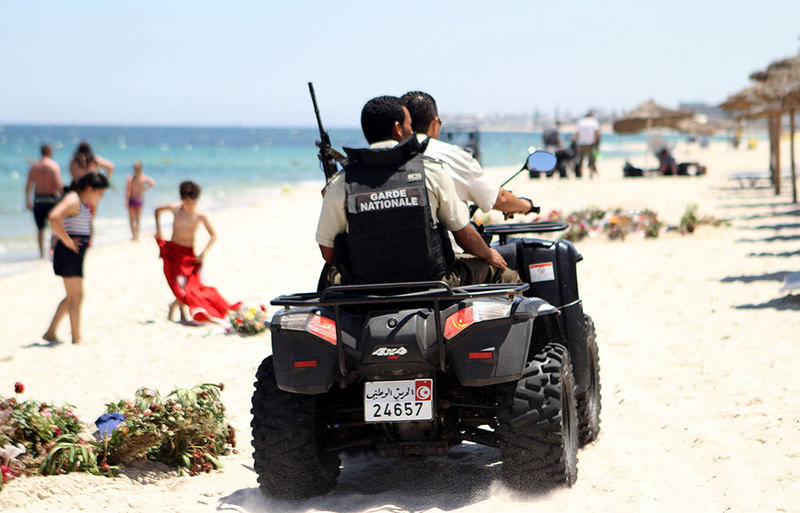 by Compiled from Wire Services Jul 01, 2015 12:00 am
Tunisia's Health Ministry identified all 38 victims of the Sousse beach resort massacre on Wednesday, with British citizens suffering the most casualties with 30 dead.

The massacre at Sousse resort town, claimed by the terrorist group of self-proclaimed Islamic State of Iraq and Sham, was the worst such attack in Tunisia's modern history, delivering a serious blow to the North African country's vital tourism industry.

The health ministry said all 38 victims had been formally identified, including the 30 Britons, three Irish citizens, two Germans, one Belgian, one Portuguese and one Russian national, according to the statement of the ministry's director of emergency services, Naoufel Somrani.

It worst loss of life for Britain in a terrorist attack since the July 2005 bombings in London.

The gunman, Seifeddine Rezgui, targeted only foreigners in his shooting rampage at Riu Imperial Marhaba beach, hotel and pool before he was shot dead by police. Tunisian authorities say the student was trained in Libya at in a terrorist camp last year.