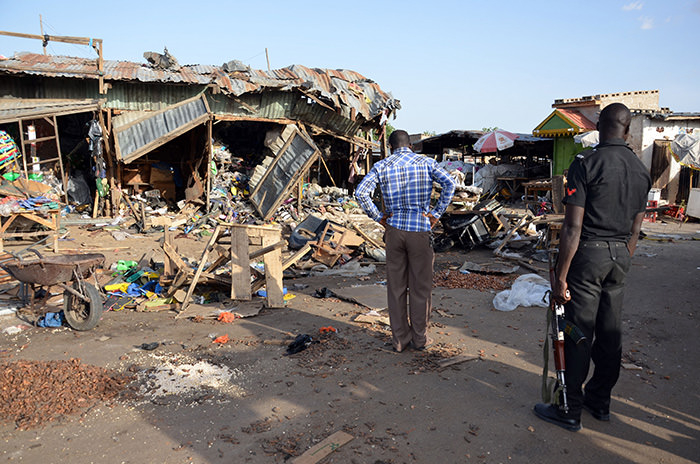 A police officer stands at the scene of a bombing at a bus station in Maiduguri, northeast Nigeria, on June 22, 2015 (AFP Photo)
by Jul 05, 2015 12:00 am
A suicide bomber on Sunday blew himself up inside a church in the restive northeastern city of Potiskum, killing five worshippers, a police officer and witness told AFP.

The bomber entered the uncompleted Redeemed Christian Church of God at 9:55 am in the Jigawa area on the outskirts of the city in Yobe state and detonated his explosives, killing the worshippers, including a woman and her two children as well as the pastor, they said.

"Four worshippers died instantly while the fifth victims gave up shortly after she was taken to hospital," a police officer involved in the evacuation told AFP. A witness also confirmed the incident.