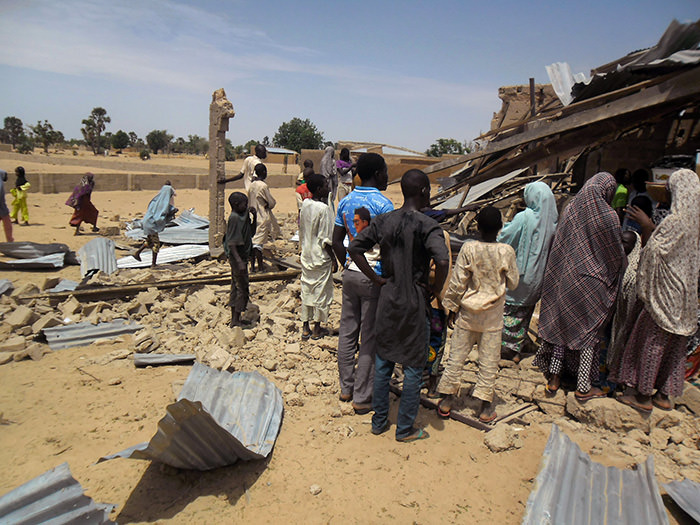 |AP Photo
by Jul 06, 2015 12:00 am
At least 44 people were killed in twin bomb blasts in the central Nigerian city of Jos, the country's main relief agency said on Monday, after a bloody week of violence blamed on Boko Haram.

"At the moment we have 44 dead bodies and 47 others injured from the scenes of the two attacks," said Mohammed Abdulsalam, from the National Emergency Management Agency (NEMA).

Earlier, police in Plateau state, of which Jos is the capital, said at least 18 people had lost their lives in Sunday night's attacks at a shopping complex and near a popular mosque.

Discrepancies in death tolls are not unusual in Nigeria. The police, military and government authorities have previously downplayed death tolls in the Boko Haram insurgency.

There was no immediate claim of responsibility for the attacks.

Plateau, which falls on the dividing line between Nigeria's mainly Christian south and mostly Muslim north, has also seen waves of sectarian violence that has killed thousands over the last decade.

Boko Haram has stepped up its attacks in northern Nigeria since the inauguration of President Muhammadu Buhari on May 29, with a wave of raids, explosions and suicide bombings.

With the latest attacks, more than 500 people have been killed, according to AFP reporting.

On Sunday, a suicide bomber blew himself up inside a church in the city of Potiskum, in Yobe state, northeast Nigeria, killing five worshippers.