Report criticizes WHO for inability to react to Ebola crisis 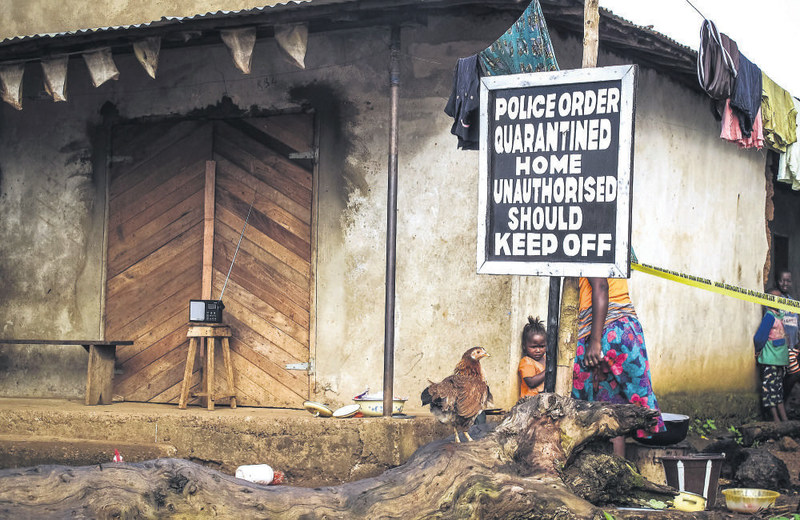 by Daily Sabah with Wires Jul 08, 2015 12:00 am
An independent panel of experts criticized the World Health Organization (WHO) for being unprepared to deal with crises like the recent Ebola outbreak and called on the organization to make urgent and fundamental changes on Tuesday. More than 11,000 people have died from the highly infectious Ebola virus over the past 18 months, most of them in the West African countries of Sierra Leone, Liberia and Guinea, where it continues to claim lives.

In a critical 28-page report, a U.N.-appointed panel of independent experts said the WHO was too slow in declaring a global public health emergency on Aug. 8, 2014, five months after the outbreak had taken hold. It "tends to adopt a reactive, rather than a proactive approach to emergencies" and failed to act on the warnings of experienced staff on the ground, the panel said. The experts called for the WHO to establish a new division that will coordinate emergency preparation and response. The panel recommended that a $100 million contingency fund, suggested by the WHO for future emergencies, be fully financed by member states. It also called for the creation of a separate emergency preparedness and response unit within the WHO.

"This is a defining moment for the health of the global community," the report said. " WHO must re-establish its pre-eminence as the guardian of global public health. This will require significant changes." WHO Director-General Margaret Chan admitted in May it had been "overwhelmed" by the Ebola epidemic and "ought to have reacted far earlier." Responding to Tuesday's report, the WHO said it was already moving forward on some of the panel's recommendations, including the development of the emergency unit and the contingency fund.

The expert panel also said the 2005 International Health Regulations, agreed to by 196 WHO member countries to try to track and control the spread of disease, must be strengthened and properly implemented to allow proper handling of epidemics. "The world simply cannot afford another period of inaction until the next health crisis," it said. The 2005 International Health Regulations were reviewed and changes recommended in 2011 after the 2009-2010 H1N1 flu pandemic, the panel said, but many countries have not acted on that review – a failure that made the Ebola response even worse. "Had the [2011] recommendations for revision ... been implemented, the global community would have been in a far better position to face the Ebola crisis," it said. Jeremy Farrar, the director of the Wellcome Trust global health charity who has previously called for a separate emergency response unit to be established within WHO, urged governments to support the panel's recommendations.

"It's essential that this new body is accountable and can show leadership in the face of emerging health threats, with the authority and independence to act quickly when needed," he said. "The support of the global community is also crucial if we are to avert another catastrophe on the scale of Ebola." Other factors also contributed to the slow global response, however including the failure of countries to properly prepare for health outbreaks and their reluctance to declare possible epidemics.

The panel proposed some form of financial incentive for countries to declare health emergencies such as an insurance system to help with economic losses.
Last Update: Jul 08, 2015 10:34 pm
RELATED TOPICS