Ebola outbreak has not run its course, UN envoy says 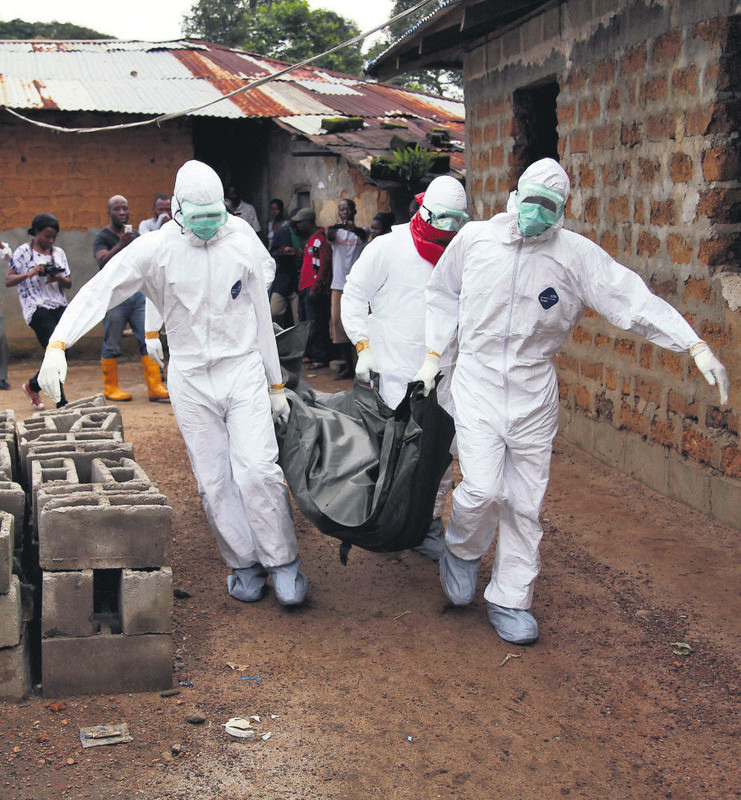 by Daily Sabah with Reuters Jul 13, 2015 12:00 am
Africa's Ebola outbreak has not run its course and around 30 people are still getting infected each week, the United Nations' special envoy for the deadly disease, David Nabarro, said on Monday. Under normal circumstances, such an infection rate would be considered "a major, major outbreak," he said.

"Probably about one third of these people are not coming from the contact list, which means they are surprise cases, and that's a big worry," David Nabarro told a conference organized by the World Health Organization in Cape Town. "The battle can be won, but it requires sustained effort, very careful negotiation with communities and perfection in follow-up of everybody who has been a contact," Nabarro added.

The worst recorded outbreak of Ebola has already killed more than 11,200 people across West Africa. Infection rates are down from the peak of the crisis. But Liberia announced the return of the deadly Ebola virus on June 30 – more than six weeks after the country was declared free of Ebola. Liberian authorities quarantined two households after the corpse of a 17-year-old boy was found with the virus.

According to the U.N.'s health agency's report released in March 2015, at least 24,350 people were infected with the deadly virus. Sierra Leone has the highest number of cases, with 11,677 patients reported to date. The highest Ebola death toll is in Liberia at 4,162. Sierra Leone has 3,655 recorded deaths and in Guinea 2,187 deaths were reported. The organization also reported that 491 health workers died after being exposed to the deadly virus.

Another report released in March by the U.N. Children's Fund has revealed Ebola's terrifying impact on children. Some 5,000 children have been infected by the virus, which makes up about 20 percent of the total number of infections, while 16,000 children have lost one or both of their parents to Ebola, according to the report. Around 9 million have seen "death and suffering beyond their comprehension." UNICEF's global emergency coordinator for Ebola, Barbara Bentein, said the outbreak will never be over unless there are zero cases and every single contact has been traced and monitored.

Last week, an independent panel of experts criticized the World Health Organization (WHO) for being unprepared to deal with crises like the recent Ebola outbreak and called on the organization to make urgent and fundamental changes. The WHO resisted calling the Ebola outbreak in West Africa as a public health emergency until last summer. By the time WHO declared an international emergency, nearly 1,000 people were already dead. More than 11,200 people have died from the highly infectious Ebola virus over the past 18 months, most of them in the West African countries of Sierra Leone, Liberia and Guinea, where it continues to claim lives. The outbreak has galvanized a global response. Last week donor countries pledged another $3.4 billion in addition to $1.8 billion of unspent money in an effort to eradicate a disease that has wreaked economic and social havoc.
Last Update: Jul 13, 2015 10:31 pm
RELATED TOPICS