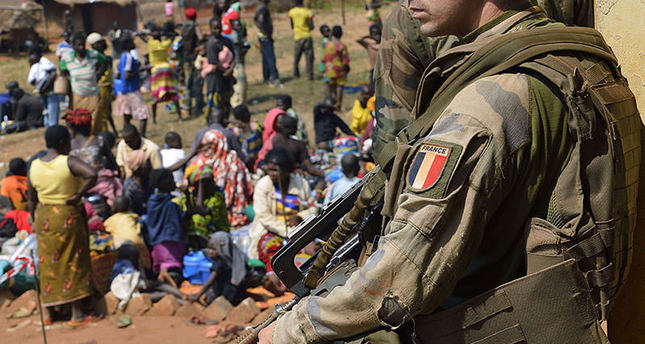 by Daily Sabah Jul 23, 2015 12:00 am
The U.N. confirmed on Wednesday that U.N. Deputy High Commissioner for Human Rights Flavia Pansieri has resigned from her position, saying in a statement that she was leaving her post for health reasons, offering no other details.

"I can confirm that Flavia Pansieri has resigned and she cited health reasons for her resignation," U.N. spokeswoman Vanninna Maestracci said.

Pansieri's resignation comes after admitting that she had not followed up on allegations of child sexual abuse by French soldiers in the Central African Republic (CAR). In March, Pansieri said that she had learned of the allegations against the French soldiers in September 2014. In a separate internal investigation, Pansieri said in a confidential statement: "I regret to say that in the context of those very hectic days, I failed to follow up on the CAR situation," for several months. She instead claimed to be distracted by other issues such as budget cuts. Additionally, she claimed that she and High Commissioner for Human Rights Zeid Raad al-Hussein had both assumed that the French authorities would handle the case of the allegations, despite France's pressuring the U.N. to obtain more information for months. The U.N.'s reaction to the allegations prompted harsh criticism from aid groups. Pansieri is number two at the U.N. Office of the High Commission for Human Rights in Geneva and assumed the position in March 2013, appointed by U.N. Secretary-General Ban Ki-moon.

The allegations of sexual abuse were made by four boys who said the crime took place at an airport in the capital city Bangui, according to the French Ministry of Defense. Around 10 children involved in the case were between the ages of nine and 13. French soldiers allegedly sexually abused them while they were begging or in exchange for food, according to residents. Soldiers would offer food such as cookies and bottled water in exchange for sexual favors.

The French military operation in the country began in 2013 to beef up a U.N.-backed military operation. They were assigned with protecting civilians during vicious clashes and fighting between Christians and Muslims as well as helping to facilitate peace after a coup in 2013. Since then, a joint operation by France and the African Union authorized by the U.N. Security Council has been taking place with the aim of restoring peace in the country. U.N. peacekeepers moved there to help the 2,000 French troops who had previously struggled to stabilize the area.

The U.N. has come under fire for failing to take more stringent steps after an internal review in July 2014 discovered that foreign troops may have sexually assaulted children in the CAR between December 2013 and June 2014. The U.N. alerted French authorities of the reported assaults in July 2014. But despite a preliminary investigation in 2014, France did not open a judicial inquiry into the allegations until early May when a U.N. aid worker leaked the previously unpublished report to the media. An internal U.N. report also revealed in June that U.N. blue helmets routinely buy sex with jewelry, cellphones and televisions in countries where they are deployed. The U.N. has 125,000 peacekeepers deployed in 16 missions worldwide.
Last Update: Jul 23, 2015 11:25 pm
RELATED TOPICS