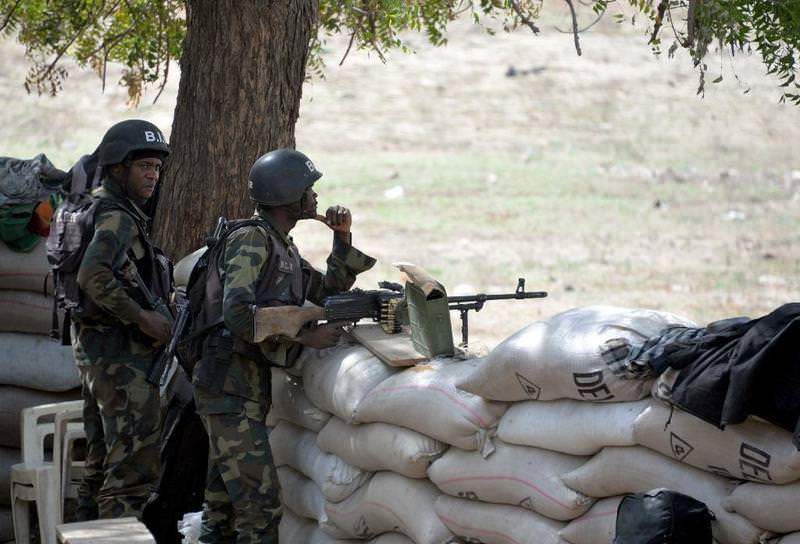 by Aug 07, 2015 12:00 am
Boko Haram militants kidnapped 135 people and killed at least eight others in a raid in northern Cameroon, as the extremists continued to strike beyond their strongholds in neighboring Nigeria, police and local sources said Wednesday. The insurgents also shot dead nine fishermen in a village near the shores of Lake Chad in northeastern Nigeria, amid heightened violence region-wide since Nigerian President Muhammadu Buhari's was sworn in in May. More than 800 people have been killed in just two months in a surge of Boko Haram attacks, which began after Buhari took office on a pledge to defeat the militants. Cameroon, which is part of a regional force fighting the militants, has been the target of some of the deadly assaults.

The latest raid took place before dawn on Tuesday in the village of Chakamari in a region of Cameroon known as the Extreme North. It came as Guinea offered help in the regional fight against Boko Haram, whose bloody insurgency in Nigeria has increasingly spread to neighboring states. "Men from Boko Haram attacked our neighbors in the village of Chakamari overnight Monday-Tuesday. They killed eight people, two women and six men," a member of a vigilante group in a neighboring village told AFP on Wednesday. The vigilante, who spoke on condition of anonymity, said the attackers torched many homes before making off with the hostages. He said a total of 135 people had been abducted. A police source confirmed the death toll and the number of those kidnapped. Cameroon has been hit in the areas of Fotokol and Maroua by five suicide bombings in recent weeks, some of them carried out by women and girls.

The fishermen killed near Lake Chad were headed for the fishing town of Baga on Tuesday when the militants stopped their van, dragged them out and shot them. "They dashed into the road when they heard us approaching. Our driver managed to turn back and headed to Monguno," Grema Ari, who was in a second vehicle and survived, told AFP on Wednesday.

Cameroon's government spokesman told state radio that two women, aged 19 and 21, were arrested last week in possession of handbags containing explosives. "The explosive charges used by the terrorists are military in origin, apparently taken during Boko Haram attacks on military sites or taken from countries involved in armed conflict," Communication Minister Tchiroma Bakary said. Yaounde has announced it is sending 2,000 more soldiers to the Extreme North to fight Boko Haram, where locals are feeling increasingly threatened by the insurgents.

Meanwhile, Nigerian authorities said Wednesday that more than 1,000 nationals had returned home after being deported from northern Cameroon. The refugees had sought shelter in Cameroon from Boko Haram, but were rounded up and sent home as Yaounde stepped up security measures to prevent Boko Haram suicide attacks. Last week, local sources in Cameroon said Yaounde had deported more than 2,000 Nigerians living illegally in the north of the country. But Nigerian officials put the number far higher, saying that around 12,000 people had already been expelled, with the number expected to rise to 17,000. Also on Wednesday, Guinea's President Alpha Conde said his country was ready to help in the regional fight against the militants. "We are ready to provide any assistance asked of us... in the fight against Boko Haram," Conde said on a visit to Niger's capital Niamey.
RELATED TOPICS