Zambia prepares for national prayer, feast day to save currency 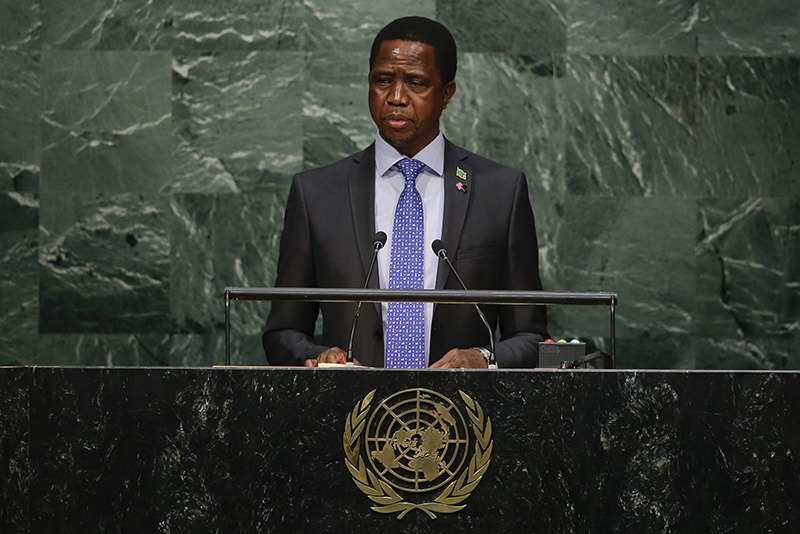 by Oct 17, 2015 12:00 am
Zambia will hold a day of prayer and fasting on Sunday, with bars shut and football matches cancelled, to seek divine help over the country's currency collapse and dire economic woes.

President Edgar Lungu last month ordered the national prayer session after the kwacha fell 45 percent against the dollar since the start of the year due to a sharp drop in the price of copper, the country's main export.

Food prices have soared and crippling power shortages have also been triggered by low water-levels in Lake Kariba, where hydropower plants supply much of the country's electricity.

"God is a god of miracles and if we ask him, he will bless us and the kwacha shall be restored to its former strength and the prices of goods shall again go down," Bishop Simon Chihana, president of the International Fellowship of Christian Churches in Zambia, told AFP.

"Let's pray to God to have mercy on us. God has done that before and he can do it again."

A large prayer gathering is planned in the Heroes Stadium in Lusaka, the capital of Zambia, where about 85 percent of the population are Christians.

The Zambian football association has postponed all games on Sunday and the government announced that bars should not open until 6:00 pm.

Critics of the government have accused Lungu of failing to tackle the causes of country's economy troubles, saying that the prayer day was a distraction.

"Stop the policy inconsistencies, put all economic fundamentals in place and then maybe you can pray," financial analyst Mambo Hamaundu told AFP.