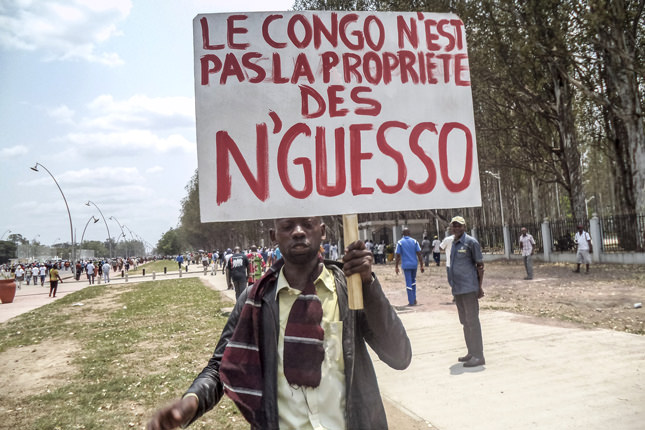 by Anadolu Agency Oct 22, 2015 12:00 am
A third day of protests gripped Congolese capital Brazzaville on Thursday as people came out in opposition to proposals to extend President Denis Sassou Nguesso's term in office.

Demonstrators clashed with security forces, who fired tear gas and warning shots. On Tuesday, four protesters were shot dead by police in Brazzaville and the coastal city of Pointe-Noire.

The protests have been ongoing since early October after an Oct. 25 referendum was announced on constitutional changes to allow Sassou Nguesso to run for office when his current term ends next year.

Opposition politicians have called for a campaign of civil disobedience. UN Secretary General Ban Ki-moon has expressed his concern at tensions over the Sunday referendum.

"The secretary general encourages all stakeholders to choose the path of inclusive political dialogue ahead of the referendum and to resolve peacefully any dispute that may arise from this exercise."
Last Update: Oct 22, 2015 4:01 pm
RELATED TOPICS