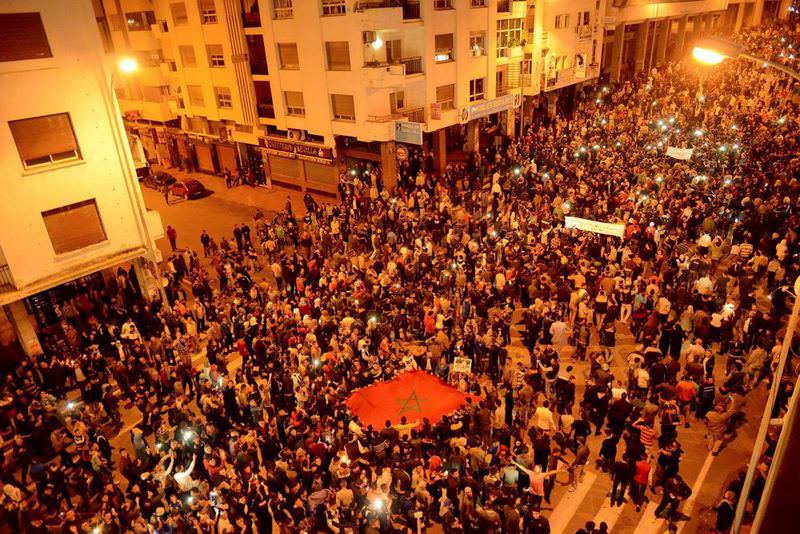 The autocratically ruled North African country of Morocco, suffering from major economic troubles, has become a militant recruitment hub for extremist groups, mainly ISIS. Reports show that efforts by the authorities have been insufficient to stop the influx

As violent militant groups gain worldwide recognition and substantial ground, the number of foreigners fighting alongside militant groups in war-torn countries has hit the thousands. A United Nations report released last April said the number of foreign fighters worldwide increased 71 percent between mid-2014 and March 2015 to 25,000. Morocco, laying at the very end of the Arab-Muslim world and ruled by a monarchy, has become one of the main exporters of foreign fighters, according to a recent report released by the German Institute for International and Security Affairs (SWP) last month, which said that as many as 1,500 Moroccans fight in Syria and Iraq for ISIS. Turkey, which is a transit point for foreign fighters flocking into Syria from Europe and North Africa, has ramped up efforts to stop the influx. Turkey expelled dozens of Moroccans last week on suspicion of trying to join ISIS (below). 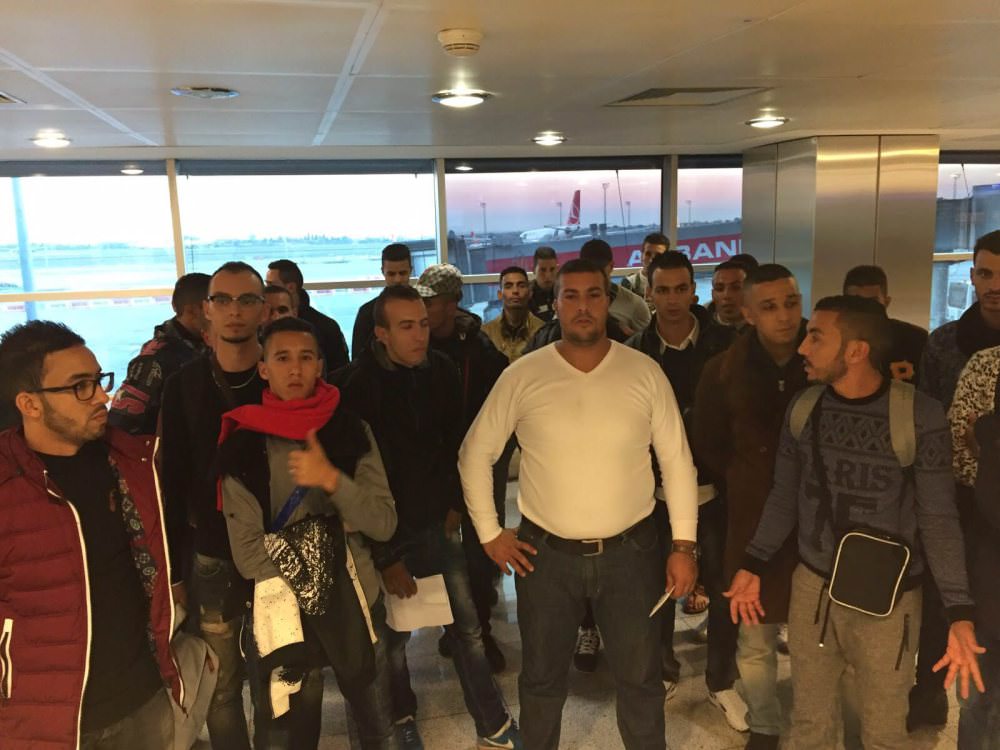 The latest incident happened on Thursday when police detained 40 Moroccans who landed at Istanbul's Atatürk International Airport on a flight from Casablanca. The Istanbul Security Directorate's Counterterrorism and Intelligence branch said its officers detained 40 Moroccans and a Syrian national who arrived at the airport from Casablanca on Thursday. The suspects were taken into custody and interrogated at the airport. Police said some of those held claimed they were going to Syria to join ISIS. Twenty of the suspects were deported on Thursday and the remaining 21 were sent back to Morocco on Friday afternoon. Since many Moroccans have attempted to join ISIS and Moroccan authorities failed to stop them, Moroccan authorities asked Turkey to require visas for Moroccan nationals.

The SWP report criticized the Moroccan government for its insufficient efforts to detect ISIS cells in the country. "With a contingent of around 1,500 fighters, Morocco is considered one of the main exporters of foreign fighters to Syria. Until 2014, Moroccan authorities, who were content to see their own militants leave and add to the pressure on Syria's [President] Bashar Assad, mostly turned a blind eye to networks of recruitment. Since the dramatic rise of ISIS, concern over local repercussions and the return of war-hardened radicals has prompted Rabat to adopt a hardline, security-oriented approach instead. Repression, however, is unlikely to uproot these networks. Instead, a comprehensive strategy for de-radicalization should aim to rehabilitate and reintegrate returning fighters, and use their example to dissuade others from violent militancy," the report said.

The Carnegie Endowment for International Peace also highlighted that Moroccans have often joined extremist groups and criticized the government in a report, published in April 2014. "The failure to resolve or even address this issue or the underlying causes of radicalization have, along with other motives, encouraged Moroccan Salafis to join fights in Syria and elsewhere," the report said.

Morocco has been trying to stem the flow through two methods. Firstly, the kingdom has tightened security measures and raided several militant cells, arresting and detaining dozens. However, militants find safe havens in the desert, a May 2014 Washington Institute report said. Secondly, the kingdom has adopted a counterterrorism policy that aims to teach it people "true" Islam. "One essential component of Morocco's counter-radicalization strategy is the reorganization of the state's religious structures to protect citizens from invasive, extreme forms of Islam. This program has included publishing an official bulletin of imams, creating a Directorate of Religious Education within the Ministry of Islamic Affairs and decentralizing the ministry's operations, reviewing laws governing Muslim places of worship, establishing a religious council in Europe for the Moroccan diaspora, using radio and television to promote moderate teachings and reviewing textbooks and syllabi to eliminate radical incitement to violence. These and other efforts are particularly important given that Morocco has around 50,000 imams," the same report said.

However, these efforts have so far fallen short of stopping the radicalization of young Moroccans due to several factors. Both the SWP and the Carnegie Endowment for International Peace have emphasized ideological and logistical factors. "The motivation to join the fight in Syria is twofold: Logistical and ideological. Moroccan militants find that the logistical aspects of fighting in Syria are easier compared to other regional theaters. In terms of ideological and religious aspects, Syria holds great significance as a place that will witness decisive fights between Muslims and "non-believers" at the end of time. And however different their levels of conviction, once they are in the training camps, young fighters are converted to Salafism through indoctrination of militancy theory alongside basic weapons and combat training. This transformative process has led to the emergence of a new generation of more radicalized and active fighters; even those entering the conflict as hardened Salafis find that this training and ongoing developments generate greater extremism," the Carnegie Endowment for International Peace said. The report criticized Moroccan authorities, and said: "Moroccan authorities attempt, inconsistently, to crack down on recruitment processes, cooperating in some instances with other intelligence agencies (such as Spain's) to break up cells recruiting youth to fight in Syria. However, more consistently, the authorities have turned a blind eye to militants leaving for Syria, perhaps motivated by a desire to get rid of them."

The SWP, giving similar ideological and logistical reasons, said that "two-thirds were under the age of 25, and three-quarters belonged to deprived strata that live in the slums of big and medium-sized cities." The country suffers from a weak economy and infrastructural problems. For instance, "hundreds of demonstrators took to the streets in the northern Moroccan city of Tangier on Saturday to protest over high prices for water and electricity, despite government assurances and calls to end the rallies," Reuters reported Sunday.

Despite all efforts, several factors work in tandem, turning Morocco into one of the main militant recruitment hubs for extremist groups and authorities have so far failed to stop Moroccans from joining extremist groups. Lack of education, poverty, unemployment and geographical conditions offer ISIS a good chance to recruit many youths in the repressive and impoverished North African country.