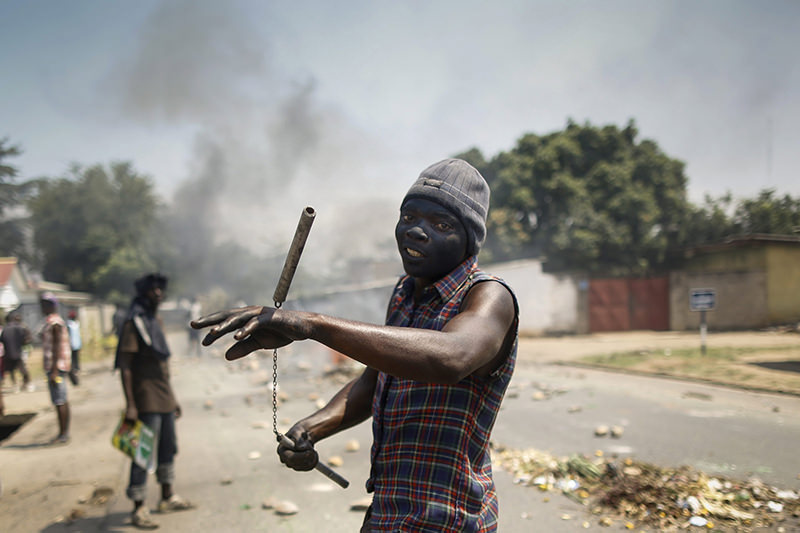 |EPA Photo
by Anadolu Agency
Nov 10, 2015 12:00 am
The United Nations on Monday warned that Burundi is in a deep political crisis that could degenerate into mass atrocities.

"Burundi finds itself at a critical juncture. A political solution must be found to resolve the crisis before it spirals out of control and affects peace and security regionally," UN political affairs chief Jeffrey Feltman told an emergency Security Council session called by France.

The UN says at least 240 people have been killed in the African country since protests began in April when President Pierre Nkurunziza -- in power since 2005 -- decided to stand for a third term.

A new wave of violence has left more than 11 people dead since Saturday.

"Fear of this violence, and the specter of more bloodshed, are driving ordinary Burundians out of their homes. There are now well over 280,000 internally displaced people and refugees across the Great Lakes region," said UN High Commissioner for Human Rights Zeid Ra'ad Al Hussein.

Nkurunziza set a five-day ultimatum on illegal weapons last week, warning that those who do not surrender all arms would be declared "enemies of the nation".

Hussein said those inflammatory remarks by the president and similar comments by Burundian officials "could increasingly take on an ethnic dimension".

Adama Dieng, UN Special Adviser for the Prevention of Genocide, said the country appeared to be on the brink of "a descent into violence that could escalate into atrocity crimes".

"We should act before it is too late," Dieng said.

In a statement issued by his spokesperson, UN Secretary-General Ban Ki-moon condemned an attack in the capital, Bujumbura, that killed at least nine people on Saturday, including a UN staff member.

"[Ban] reiterates his call for an immediate end to the recurring violence and killings," read the statement. "He urges the government to swiftly conduct a full investigation and ensure the perpetrators of this terrible crime are brought to justice."

It requests the UN chief to deploy a team in Burundi to present options within 15 days on bolstering the UN presence in the country.

Negotiations at the 15-member Council on the draft resolution was set to begin Monday night, according to diplomats.
Last Update: Nov 10, 2015 8:23 am